3D Facebook photos jump out of the newsfeed, no glasses needed 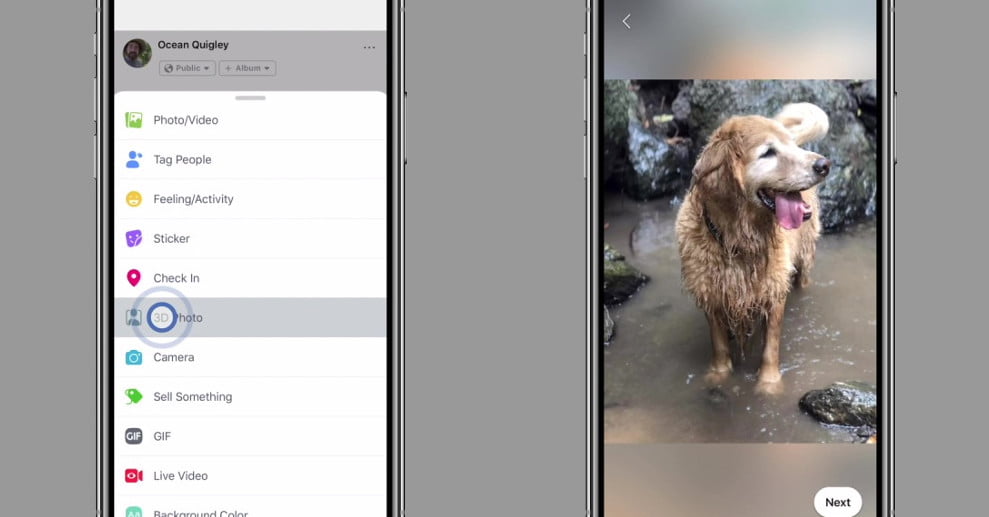 Facebook photos are tapping into another dimension. On Thursday, October 11, Facebook launched 3D Photos, a format that uses dual-lens smartphone photos to add dimension to images in the newsfeed. The result? Images that have depth and movement when you tilt your smartphone or view inside a headset.

Like moving a smartphone to pan around a Facebook panorama, 3D images in Facebook will respond to the movements of a mobile device — creating movements in the photo that give the image a sense of depth. The format is also compatible with the Oculus Browser on Oculus Go and Firefox on Oculus Rift.

The 3D images are made using the depth information from dual-lens smartphones, so while any smartphone can view the images, you need a compatible smartphone with a portrait mode to capture and create the 3D effect. Sharing a 3D image is handled in the same way you would share a normal image, except you need to click on the 3D Photo option. You can find the 3D Photo option by clicking on the ellipsis in the corner of the new post box.

Facebook’s 3D Photo format supports images taken in portrait mode in the iPhone 7 Plus, 8 Plus, X, XS, and XS Max. Facebook says that images with the subject 3 or four 4 from other objects in the image work best. The company also suggests shooting images with objects in the foreground and background (a 3D-portrait shot standing against a brick wall probably won’t be as impressive). Facebook also suggests looking for shots with contrasting colors and textures.

The feature continues on the 3D post type Facebook previously introduced, but by expanding the format using a simple image shot on a dual lens smartphone, users are likely to see more 3D images in the newsfeed. While 3D isn’t entirely new, more users have access to a dual lens iPhone than advanced 3D software. Facebook told Digital Trends that the feature will be available to dual camera devices outside the Apple models in the future.

The ability to view 3D photos arrives today, while the ability to create them from a dual-lens smartphone is on a slow roll out over the next few weeks, Facebook says.