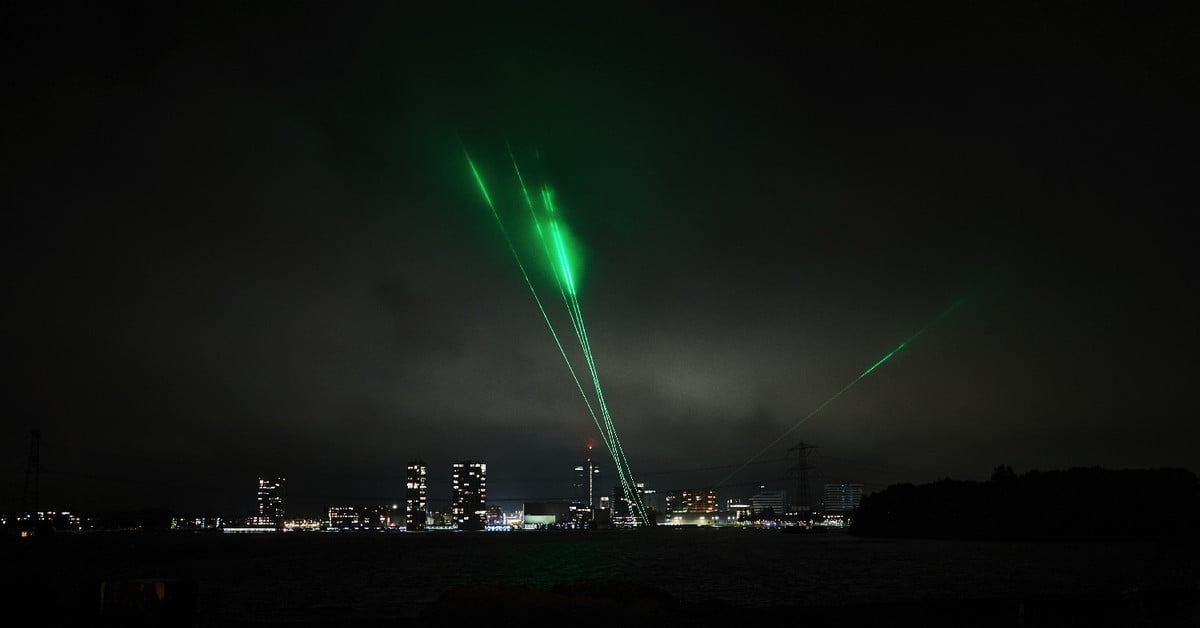 Whether it’s electronic waste from old gadgets that are thrown into landfill sites or the enormous amounts of plastic in our oceans, there is a big problem with pollution on Earth. Unfortunately, the fact that this continues to be an issue, despite its visibility, shows how tougher it is to raise awareness. Imagine how much tougher it is, therefore, to make people aware of the pollution that they can’t see — such as the 29,000 pieces of human-made debris currently orbiting our planet. These rocket parts, non-functioning satellites and other pieces of space detritus pose a number of problems, including presenting a risk to orbiting spacecraft and satellites.

To help people realize just what an issue this is, Dutch artist Daan Roosegaarde has come up with an eye-catching, attention-grabbing installation. The so-called “Phase” project involves shining ultra-powerful LEDs into the sky to pinpoint the individual pieces of space junk as they whiz past Earth at speeds of up to 17,500 mph.

“The Space Waste Lab wants to upcycle the 8.1 million kilo of space waste currently in space,” Roosegaarde told Digital Trends. “Phase is the real-time visualizing of space waste above your head. We receive the tracking information of space agencies of 29,000 particles larger than 10 cm. Special software including safety aviation regulation guides the large LED lines, so the moment the two lines meet in the top, [we know]that is where the space waste is. It creates a mesmerizing experience, these huge lines of light scanning the universe for junk.”

Roosegaarde’s work only seeks to highlight the problem, not to remove the space junk, although this is something that other groups — including NASA — are actively trying to carry out. Once the waste has been removed, Roosegaarde told us that he believes it can be upcycled to create new products, such as 3D-printable materials.

The LED installation is currently being displayed in the Netherlands, where it will be viewable until January 19. It is accompanied by a dedicated lab space showing real space waste. After this, it will travel on to Luxembourg, and then on to the United States. Unless the problem has been sorted out by then, we guess!