Who wouldn’t want a giant walking robot that transforms into a sports car? 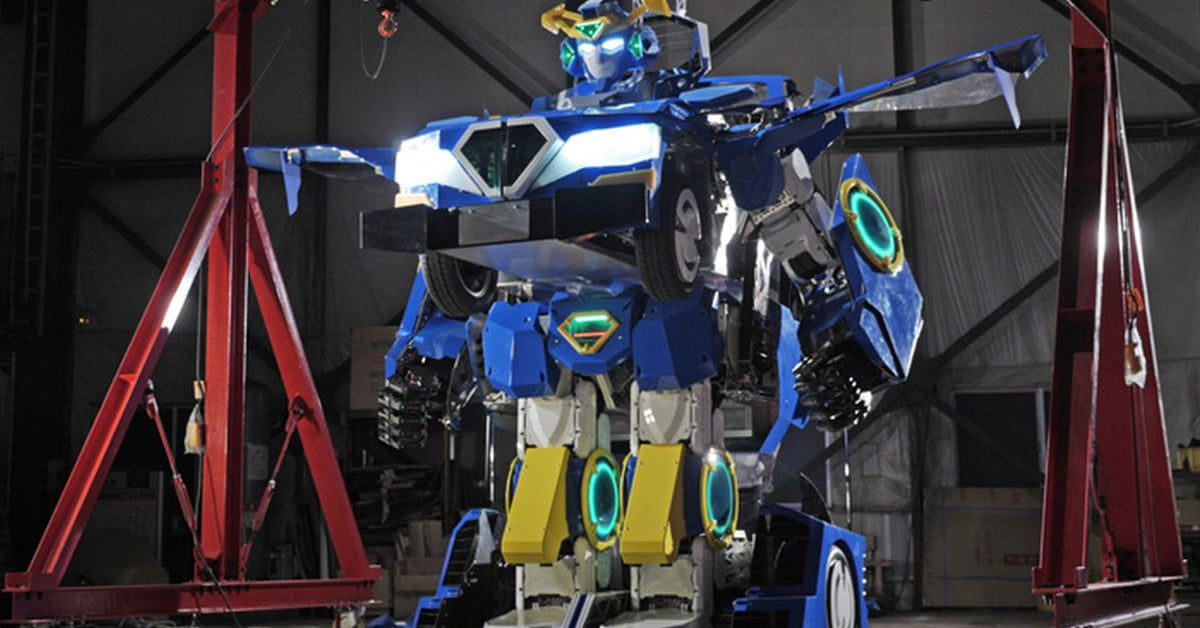 Any kid who grew up watching Transformers cartoons wanted one in real life, and now a robotics company and roller coaster manufacturer have teamed up to make that dream come true. Brave Robotics, SoftBank sumsidiary Asratac, and Sansei Technologies in Japan have created a 12-foot-tall robot named “J-deite RIDE” which morphs into a sleek sports car in less than a minute.

The robot will be displayed on May 5 at the GoldenWeek DOKIDOKI Festa All Working Cars Assemble! festival in Tokyo, and will make its international debut at the IAAPA Attractions Expo for amusement parks in Florida this November.

Unsurprisingly, the CEO of Brave Robotics is a fan of movies and anime featuring giant transforming robots, and he’s been building them since he was a teenager. Kenji Ishida told Reuters Television, “I grew up believing that robots had to be capable of such things, which became my motivation to develop this robot.”

Legendary mechanical designer Kunio Owara also contributed to the design of the robot. Owara has lent his vision and influence to the robot designs in multiple manga and anime franchises, including the Gundam series.

Constructed mostly of aluminum and powered by a lithium battery, the Ride seats two people and weighs in at just under two tons. It can be controlled remotely as well as by a “driver.” The robot’s software, named V-Sido, controls the motion of the robot both in vehicle and walking mode, as well as the transformation between them.

Its maximum walking speed is 18 mph and the company says it can exceed 37 mph in driving mode, although the developers have limited testing to the factory where it was constructed.  In fact, we don’t see the Ride in motion much in the video at all, and it’s a far cry from the Autobots and Decepticons many of us grew up watching.

Ishida admits it’s not practical for an everyday commute, but he hopes the robot will inspire future designers.

According to its website, the company is already working on an even larger prototype dubbed the “King J-deite” that’s more than 16 feet high. Their new creation will be unveiled in 2020.