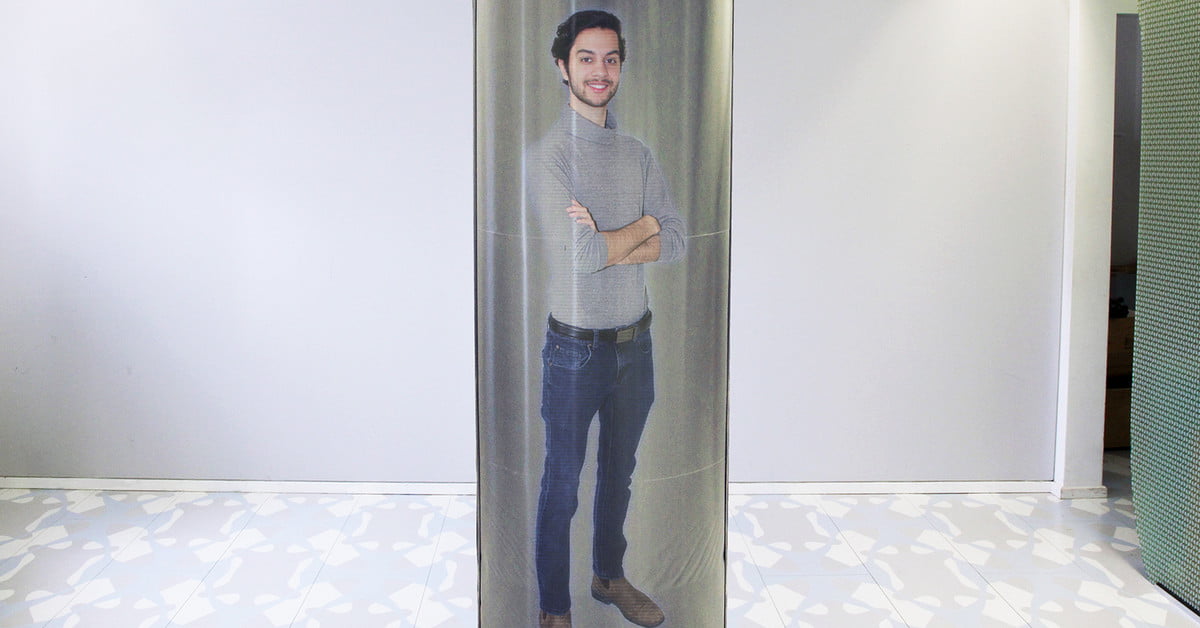 We’ve all done it. You’re scheduled for a video chat and, rather than pull on a pair of slacks, you just put on a button-down shirt and hope no one knows you’re pantless. (Everyone knows.)

Well, those days may be coming to an end.

Researchers at Queen’s University in Canada recently unveiled the TeleHuman 2, a system they are boasting as the “first truly holographic video conferencing system.” It’s designed to bring video conferences to life, letting people pick up on the subtle body language that is often essential to communication.

“If you remember Princess Leia as a hologram in Star Wars, the idea of being able to teleport oneself to another location has been the stuff of science fiction,” Roel Vertegaal, a Queen’s University researcher who studies human-computer interaction and led the development of the TeleHuman system, told Digital Trends. “We are finally able to project people as well as objects as a hologram across the internet with a fidelity that, at least when it comes to angular accuracy judgments, cannot be distinguished from reality. No helmets or glasses required, and without obscuring parts of the face.”

The system works by using an array of depth cameras to capture a 3D object on one end, and a ring of “smart” projectors positioned around a cylindrical pod on the other end. The cameras capture an image from all angles and transmit them to the projectors, which cast the dynamic hologram into the tube, creating something like a holodeck from Star Trek. A retroreflective coating on the outside of the tube keeps the image looking relatively crisp from all sides.

As the name suggests, it’s the second iteration of the TeleHuman. The first required a headset to view the 3D hologram.

But the TeleHuman 2 isn’t perfect — the image seems to glitch and flutter like a reflection on the water. Still, a viewer on the receiving end can pick up on body nonverbal cues from the hologram, and that is the key, according to Vertegaal, who worries that lack of nonverbal cues makes communication difficult, if not downright hostile.

“The lack of nonverbal communication cues is one of the reasons we see so many flame wars on tools like Twitter,” he said. “Nonverbal visual information such as head orientation, size of the projected image, eye contact, pointing direction, but also proximity, are crucial for successful group conversations. These cues are not transmitted by Skype, and they are very subtle. This system was designed to broadcast the richest possible set of information, allowing users to feel more comfortable and intimate, but also more expressive and effective in their communication. For example, to start talking, people often approach each other, and to end conversation, they might turn around. This works as normal in TeleHuman.”

Moving forward, Vertegaal and his team want to expand the TeleHuman 2 to encompass an entire room while cutting its cost to make it more viable.

No word yet on when you might be asked to dial-in to a videoconference via hologram.

Vertegaal and his colleagues presented the TeleHuman 2 at the ACM CHI Conference on Human Factors in Computing Systems conference in Montreal this week.