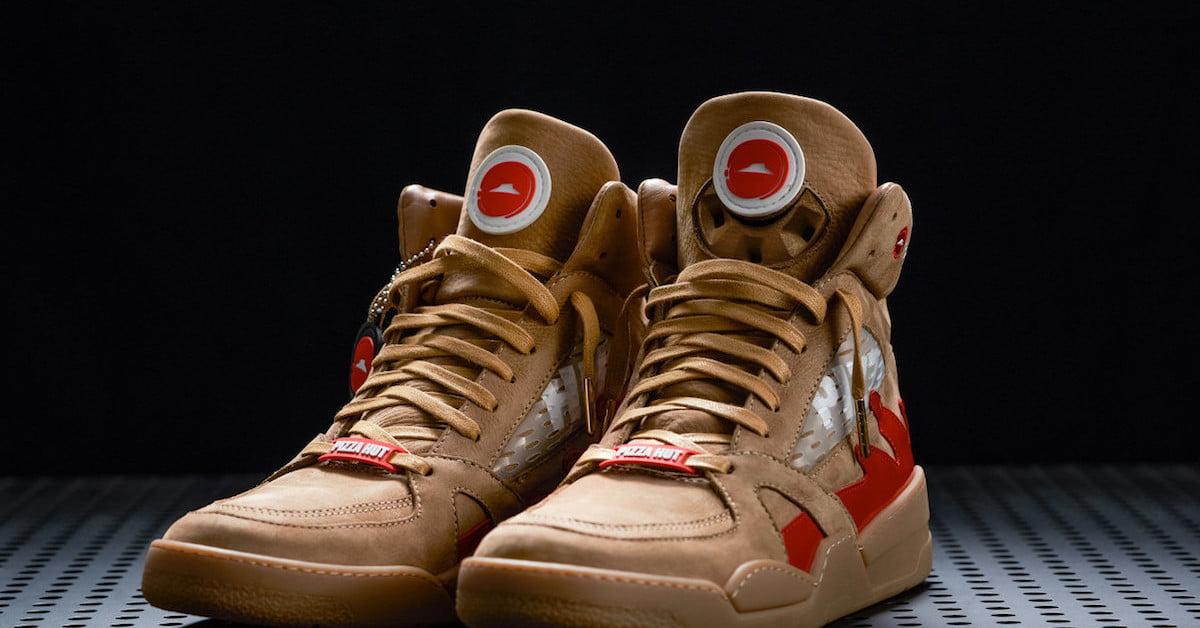 If you were lucky enough to get your cheese-smeared hands on a pair of Pizza Hut’s Pie Tops shoes last year, chances are you’re now well and truly welded to your sofa following endless deliveries of the popular snack, each order placed via the fancy footwear’s built-in button.

It’s not clear if there was a clamor among the pizza-loving public for a more advanced design, but the company has gone ahead and launched one anyway. Sounding like a really bad movie sequel, Pie Tops II now features a second button on the other shoe, this one for pausing the TV while you answer the door to collect your piping-hot pizza.

The launch is part of an offbeat ad campaign to coincide with March Madness, with the pause button ensuring you’ll be able to watch the games in their entirety. The shoes are real and the new pause button really works, so long as you have a compatible DVR receiver, that is. Yes, we know you can simply press the pause button on your remote as well, but that’s not half as much fun as pressing a button on your shoe, right?

“This year, the Pie Tops II were created to showcase our focus on giving customers the best delivery experience while making sure that tournament fans can feed their pizza craving without missing a moment of the action,” said Zipporah Allen, Pizza Hut’s chief marketing officer, adding, “It’s called March Madness for a reason. We don’t want anyone to miss a play while answering the door to get their pizza.”

Just make sure you hit the right button when the doorbell rings or you’ll be getting another delivery a short while later.

As with the original design, the Pie Tops II shoes use Bluetooth to link the footwear to the Pie Tops app on your smartphone to ensure the order goes through smoothly.

The shoe now comes in two colors: red and “wheat,” though we think a slightly cheesier color would’ve been more fitting. It also has Pizza Hut branding on the side so that everyone knows your pizza outlet of choice. Other unique design features include “extreme marinara splash, cheese grater mesh, branded Pizza Hut lace tags, extra ‘cheese pull’ laces, and branded inner soles.”

If you’re already salivating at the thought of slipping into a pair of Pie Tops, you’re going to have to be very lucky. Pizza Hut is partnering with HBX.com to sell 50 pairs (price currently unknown) from March 19, and will also give away 50 pairs to social media influencers, with more offered as raffle prizes at the Final Four Fan Fest in San Antonio at the end of the month.

The company said it’s also planning to add smaller sizes for children, though we’re not sure of the wisdom of having a pizza-ordering button on the shoe of an eight-year-old kid. We trust Pizza Hut will incorporate safeguards.