Finally, an A.I. voice assistant that doesn’t collect and monetize your data 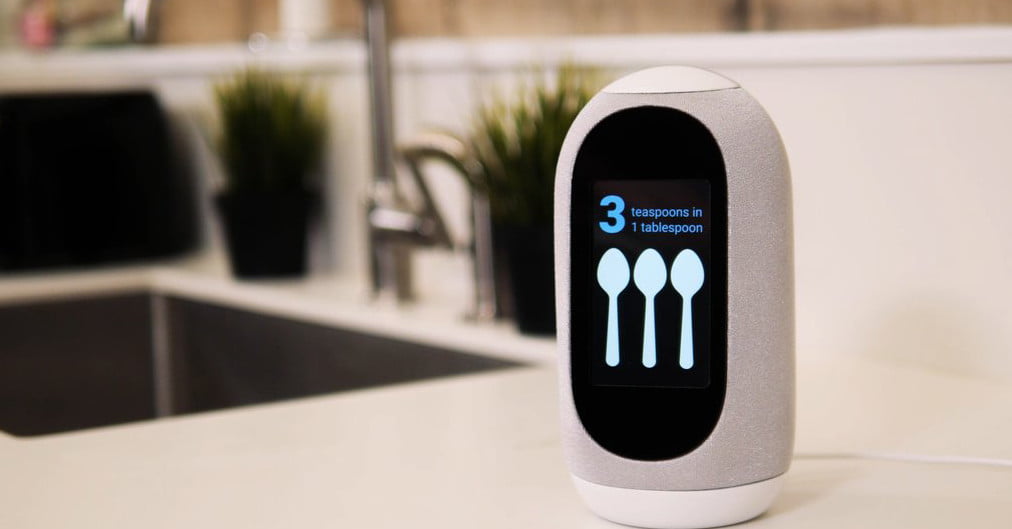 Science fiction is full of sinister sentient computers. The most famous is, of course, HAL 9000, the artificially intelligent ship’s computer from 2001: A Space Odyssey, which gains self awareness and sets about murdering its crew. But HAL’s got some equally villainous pals — such as the Ultimate Computer from Superman III, Proteus IV from Demon Seed, Colossus from The Forbin Project, and, of course, Skynet from Terminator.

However, while silver screen A.I. is almost always evil, science fiction does have at least one sentient computer that isn’t so sinister. Mike (an abbreviation of Mycroft, the name of Sherlock Holmes’ brother) is a fun-loving supercomputer from Robert Heinlein’s classic sci-fi novel, The Moon is a Harsh Mistress. A character as far removed from the cold, austere as HAL as is possible, Mike becomes the best friend of the book’s narrator, and a key driver in the fight for freedom in the novel’s lunar society. He is a sentient supercomputer on humanity’s side.

Here in reality, we don’t have a sentient computer that’s truly on our side — but we might, soon. The Mycroft Mark II, as it’s called, is a new smart speaker that recently landed on Kickstarter, and, unlike the more familiar models such as the Amazon Echo and Google Home, this one has our best interests in mind. Or so its creator, Kansas-based creator Joshua Montgomery is keen to stress.

Montgomery’s goal with Mycroft is to build an open source alternative to the big tech giants’ A.I. assistants, and one that promises to protect your privacy in the process. “[Companies like Google and Amazon want to] wall you into an ecosystem that they control, and then monetize you,” he told Digital Trends. “Our goal is to provide you with the best experience possible. We want to build a technology that represents you.”

Montgomery got into the AI assistant space a few years ago. Running a “makerspace” in Kansas City, he says his team was working on a project and wanted to add a voice-controlled smart assistant. Unfortunately, they couldn’t find an option which gave them the level of freedom that they wanted. “At that point, the average user might give up and say, ‘Okay, I’ll put an Echo in,’” he said. “In our case, we decided to see if we could build our own.”

Needless to say, that’s not an easy task. The companies which have broken through into the smart speaker A.I. assistant space — mainly Amazon and Google — also happen to be two of the tech giants vying to become the world’s first $1 trillion company. They have seemingly limitless resources and, for a variety of reasons, can undercut rivals at every turn. But, hey, aren’t underdog stories what tech and its love of asymmetrical little-guy-against-the-giants warfare is made of?

The result of Montgomery’s work was a successful 2015 campaign for the original Mycroft assistant. Now he’s back with a sequel and a product that looks far more polished than its predcessor. The original Mycroft, Montgomery said, was more of a hacker’s device than anything; an Arduino-powered tool for those whose idea of a Saturday well spent is sitting in a Makerspace, soldering iron in hand, surrounded by tiny tech components.

“Not only can it speak, but it can also display graphics and widgets so the user can better interpret what the device is trying to say.”

The Mark II looks like an Apple HomePod with the screen of an Amazon Echo Show. “Not only can it speak, but it can also display graphics and widgets so the user can better interpret what the device is trying to say,” Montgomery said. “A picture’s worth a thousand words.”

Under the hood, the Mycroft II boasts a six microphone array, instead of the single condenser microphone used for the original model. That means that, like its big budget counterparts, it should be able to hear you from across the room, even when you’ve got your music blaring.

The big differentiator, though, is the privacy. While the device can answer questions, much as with all smart assistants, that data won’t then be sold to advertisers, and fed back back to you in the form of ads. In an ideal world, this means that the information you’re getting is objectively the best information for you; not information from the advertiser who paid more money to have their results show up higher in a list.

Mycroft promises not to store any of your voice data on its servers, unless you explicitly agree to allow it to do so in order to improve its speech recognition efforts. If you do agree, you can change your mind at any time. The aim is to be more transparent than companies like Google and Amazon which, at least as of now, make bulk deletion of your voice files difficult — and warn that it can hurt the usability of your devices.

“You want an agent that has the mandate to work on my behalf, not on behalf of some company that, frankly, probably doesn’t have my best interests at heart,” Montgomery said.

The idea of developing an open source A.I. assistant is an intriguing one. Montgomery rightly points out that other areas of tech all have open source standards — whether it’s the Linux operating system or tools like Red Hat, Ubuntu, WordPress, Mongo, or MySQL. “There absolutely will be an open player in the assistant space,” he said. “Someone’s going to build it. Why not me?”

Open source means that Mycroft isn’t walled into an ecosystem, so it’s compatible with whatever email, social stream, streaming music subscription service you want. If you’re someone with an iPhone, an iPad, a Mac and an Apple TV, you may be better off sticking with HomePod — but if you want a bit more flexibility, this could be the answer for you.

“Not only can it speak, but it can also display graphics and widgets so the user can better interpret what the device is trying to say.”

Building an AI assistant in this way opens up some fascinating possibilities. For example, it’s possible to help shape Mycroft’s personality — and the answers it will give; the AI equivalent of the mantra that it takes a village to raise a child. “Initially [we’re letting people contribute to] subjective questions, but eventually it’ll be objective questions,” Montgomery said. “If someone says, ‘Hey, Mycroft, what’s your favorite color? It doesn’t really have an answer for that,’ so it gets fed into the Persona engine and the community comes up with a response, which then gets re-ingested. The next time someone asks that same question, it’s got an answer.”

Eventually, though, questions might get trickier — “Tell me about Jesus Christ.” Montgomery said he looks to the Wikipedia editing community to see how it uses debate to establish answers that are generally agreeable to the crowd.

So far, Mycroft’s Kickstarter campaign has raised around three times its original funding goal, with more than 20 days remaining on the clock. That’s good, but it’s still early days for this alternative to the established smart speakers. While all the usual suggestions about pledging Kickstarter campaigns stand, if you are interested in joining the Mycroft revolution you can pledge your support here.