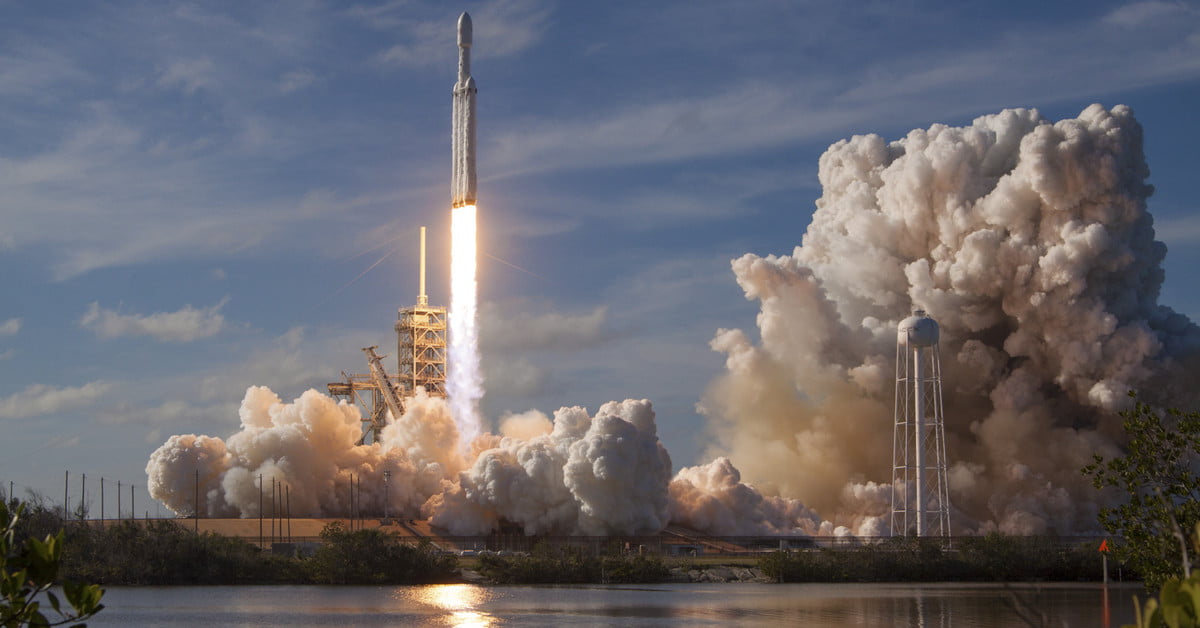 Bowie’s Starman may have been waiting in the sky, but not Elon’s. His is now hurtling toward Mars on a road trip like no other, following the successful launch on Tuesday, February 6 of SpaceX’s Falcon Heavy rocket.

Elon Musk, who founded SpaceX in 2002 and heads up the private space company, posted the “last pic” of Starman (below) on February 7 as the spacesuit-clad mannequin motored toward the Red Planet, and onward to the asteroid belt.

It’s a spectacular shot with Starman seated behind the wheel of Musk’s old Tesla Roadster, and Earth right there in the background.

Starman wasn’t meant to go as far as the asteroid belt, but it seems he hit the gas too hard, sending the vehicle on a different trajectory to the one SpaceX had intended.

Musk confirmed as much in a tweet a few hours after his space company nailed its historic launch. “Third burn successful. Exceeded Mars orbit and kept going to the asteroid belt,” the CEO wrote.

That more distant course reduces the chances of Musk’s car drifting in space for “billions of years,” as he’d been hoping. It means that many months from now, the Roadster will be speeding into the asteroid belt where a crash or some other calamity appears highly likely. And Starman can forget calling the AAA for assistance.

Of course, there’s also a chance it won’t even make it that far, with space radiation taking its toll on the car’s bodywork and Starman’s body. After all, Musk said it’s just a regular Tesla Roadster and wasn’t “space hardened” in any way.

Starman is the star, man!

While there’s no doubting SpaceX’s awesome achievement — launching one of the most powerful rockets ever before spectacularly landing two of its boosters (we’ll skip over what happened to the third) — most people seem more interested in the rocket’s unusual payload.

The Starman stunt was an effort to grab the attention of people around the world and hopefully get them interested in space, Musk said at a press conference on February 6. He explained that most rocket launches are like “a block of concrete” with nothing to capture the imagination, and described his payload idea as “kinda silly and fun.” But he added that “silly and fun things are important.”

As the Roadster heads farther from Earth, the SpaceX team will continue to work on the development of its reusable rocket system, which paves the way for cheaper space travel and the prospect of  manned missions to distant places. Perhaps along the same road as Starman.