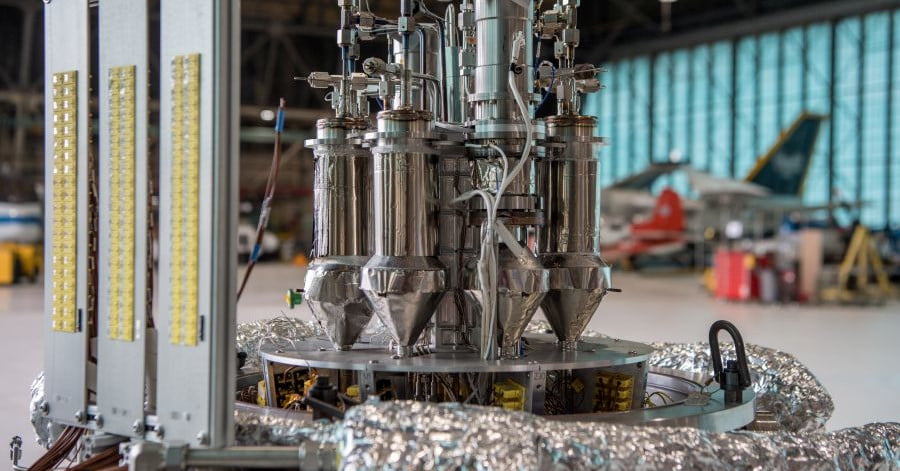 NASA and the Department of Energy have just tested a small fission nuclear reactor named KRUSTY (Kilowatt Reactor Using Stirling Technology) in the Nevada desert, in what could be a way to provide power for future space exploration or even a manned mission to Mars.

Reuters reports that initial testing of the system components in a vacuum environment, part of NASA’s Kilopower project, have led to plans for a full-power test in March. “The Kilopower test program will give us confidence that this technology is ready for space flight development,” explained Lee Mason of NASA.

In the past, NASA has used radioactive thermoelectric generators that use heat from naturally decaying radioactive elements to power projects like the Cassini spacecraft and Curiosity rover. This recent test is different in that it uses an active fission reaction — literally “splitting atoms” — to drive pistons for a more efficient conversion.

NASA hasn’t tested an active fission reactor since the ‘60s, according to Space.com. Their prototype uses a uranium-235 reactor core about the size of a paper towel roll.

The Kilopower output ranges from about 1 kilowatt (KW), about enough for a household appliance, to 10 KW. A Mars mission would require about 40 KW, so NASA would probably send four or five on such an expedition. “So Kilopower’s compact size and robustness allows us to deliver multiple units on a single lander to the surface that provides tens of kilowatts of power,” said Steve Jurczyk of NASA‘s Space Technology Mission Directorate.

“Mars is a very difficult environment for power systems, with less sunlight than Earth or the moon, very cold nighttime temperatures, very interesting dust storms that can last weeks and months that engulf the entire planet,” Jurczyk added.

The reactor could last up to ten years and provide power for life-support systems in Martian habitats, charge up rovers and other equipment, and even convert ice into usable fuel. Without having to rely on solar power, Kilopower eliminates the worry of lengthy dust storms or rationing power during nighttime hours.

“This new technology could provide kilowatts and can eventually be evolved to provide hundreds of kilowatts, or even megawatts of power,” said Mason. “We call it the Kilopower project because it gives us a near-term option to provide kilowatts for missions that previously were constrained to use less. But first things first, and our test program is the way to get started.”