The best VR innovations at CES 2018 so far 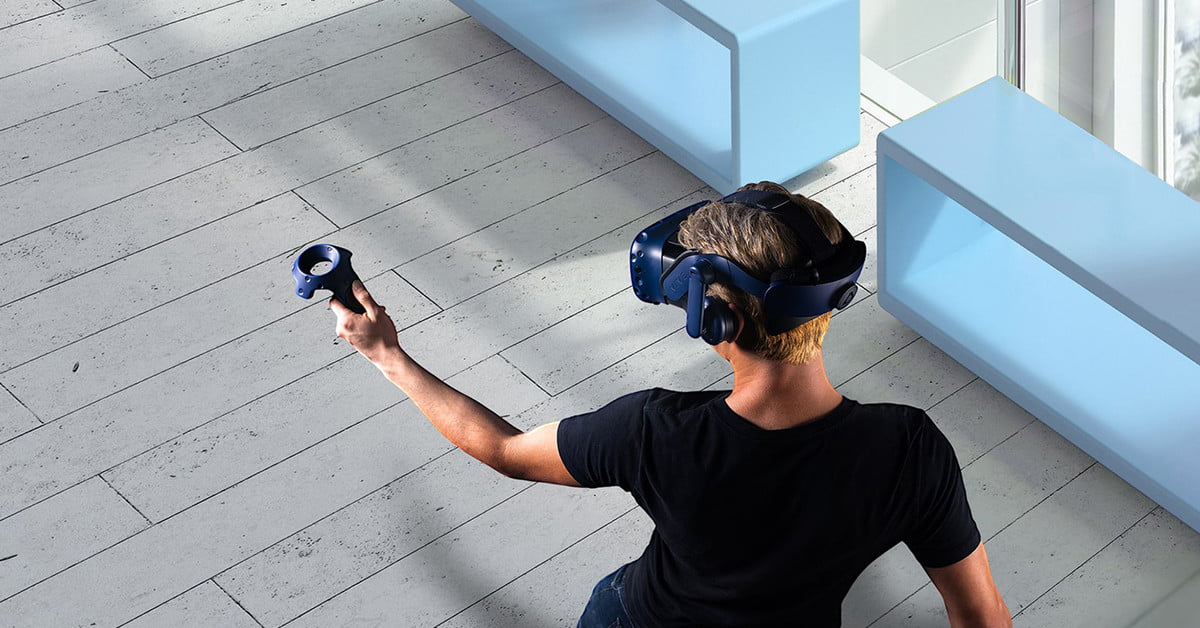 Ask anyone what the biggest challenge is for VR in 2018 and you’ll get some variation of the same answer: It’s still waiting to become useful. We have nice headsets, sure, and they’re getting more affordable, and you can get your Windows on in VR now. But even the most stalwart VR fanatics are still trying to figure out exactly what to use it for.

No one application will singlehandedly transform VR from novelty to living-room staple, but at CES 2018, we saw a few clever new VR technologies moving us closer to the tipping point.

What it does: Improves on the original Vive, but maintains backward compatibility

Believe it or not, it’s been almost two years since the HTC Vive and Oculus Rift had their full, final retail releases! Two years!

It’s time for an update, and Vive is the first out of the gate with its new Vive Pro. The headset increases the pixel count by 78 percent, hitting 2,880 x 1,660. That crams in 615 pixels per inch. HTC says fine text is finally readable, something that just wasn’t possible before.

The Vive Pro also includes built-in headphones with an amplifier, dual microphones, and a redesigned strap that HTC promises will make the headset more comfortable for people with glasses. It’s a big step forward all around.

Plus, it’s (optionally) wireless. HTC announced a new wireless adapter that works over Intel’s 60GHz WiGig standard. It works with both the Vive Pro and the original Vive. A battery pack is added to the Vive or Vive Pro for wireless use.

There’s no pricing or release date for the Vive Pro yet, but HTC has promised that it’ll be backward compatible with existing hardware, like the Basestation 1.0. We’re eagerly awaiting more information. This sounds like the headset we’ve been waiting for.

What it does: Tracks your eyes and brain in VR

Websites like Digital Trends have a complex set of analytics tools that let us examine everything. We can see statistics on headlines that work, or don’t, in real time. If you’re not clicking a headline, we can fix it.

Looxid uses eye tracking to apply this insane Type-A level of perfection to virtual reality. As users explore an environment — like a museum — in VR, the headset tracks both your eyes and brain activity, using an imposing set of electrodes embedded in the headband. The eye tracking can tell what you pay attention to, and the electrodes can tell what effect those stimuli have. Are you excited by the statue you’re looking at? Bored? Scared?

By incorporating brain activity, Looxid could help usher in an age of analytics that makes even today’s impressive web analytics look primitive. Remember that Black Mirror episode about a VR simulation that realizes your worst fears? This is a step in that direction, though we hope it’ll be put to less terrifying use.

What it does: Gives you the highest-resolution VR experience

We’ve explained how the Pimax “8K” VR headset isn’t really 8K at all, but that doesn’t change the bottom line: This is the highest-resolution VR headset you’ll find. With two 4K displays up against oour face, our experience with the Pimax 8K VR headset convinced us that this is the future of premium VR headsets.

But the most important innovation is in the realm of field of view. The Pimax headset has a super-wide 200 degree field of view, which is much wider than other VR headsets on the market. The 200 degrees gets this headset closer to the 220 degree natural field of view of the human eye, meaning VR experiences feel that much more immersive.

The headset itself, though, could definitely use some work. It uses a rubber headstrap that is pretty uncomfortable — and again, it didn’t really work with glasses. So while the technology is there, the overall experience still feels more like a prototype than a market-ready product. Speaking of which, the Pimax headset still doesn’t have a price or release date.

What it does: Turns CAD drawings into VR prototypes

No matter how vivid your imagination, it’s hard to imagine what something sketched on paper will look like in real life. That’s why manufacturers build prototypes, even at great expense. The rise of 3D printing has helped reduce the cost of this time-consuming process, but there are limits. Try 3D printing a boat or a car. Yeah, It’s not simple.

That’s why automakers like Ford began using VR to prototype car designs long before VR was even mainstream. Using physical “bucks” that simulate the interior of a vehicle and VR headsets, designers can preview how changes to the design of a car will affect the way it feels to sit in it. Will dropping the roofline make it harder to see out the back? Are those mirrors far enough forward?

Meshroom brings the benefits of this multimillion-dollar setup to smaller makers. Simply upload a CAD drawing, and Meshroom converts it to a one-to-one scale model you can interact with in VR. You can walk around a virtual product to examine it from every angle, move it with controllers, and even skin it with realistic textures that you can customize on the fly, all in VR.

At $2,700 for a one-year license, it’s not cheap, but maybe your next Kickstarter will benefit from a VR prototype before that first botched batch arrives from China.

What it does: Lets you navigate VR with your feet

“Room-scale” virtual reality makes moving around as easy as walking, but what happens when you reach the end of your 10-foot x 10-foot room? And what if you want a sit-down VR experience?

The 3dRudder is a clever, intuitive way to explore in three dimensions. It’s basically a balance board that works like a joystick for your feet. Roll it forward, and you go forward. Roll it back, and you go back.

The first version of the device has been around for about a year, but a new version shown at CES 2018 introduces “wings” that add yet another degree of freedom. Besides locking your feet to the pad, they serve as additional inputs. Tilting one foot up and one foot down can move you up and down in virtual space, giving you four degrees of freedom.

We gave it a shot in Star Citizen, and it took about three seconds to get used to before we were effortlessly gliding between buildings like a pro. Well, almost. That antenna snuck up on us.

Space sims are an obvious fit for a device like this, but 3dRudder also works with a number of first-person shooters, like Doom VFR and Fallout 4, so you can roam around while keeping both hands free for controllers.