Start 2018 right with the best new games of January 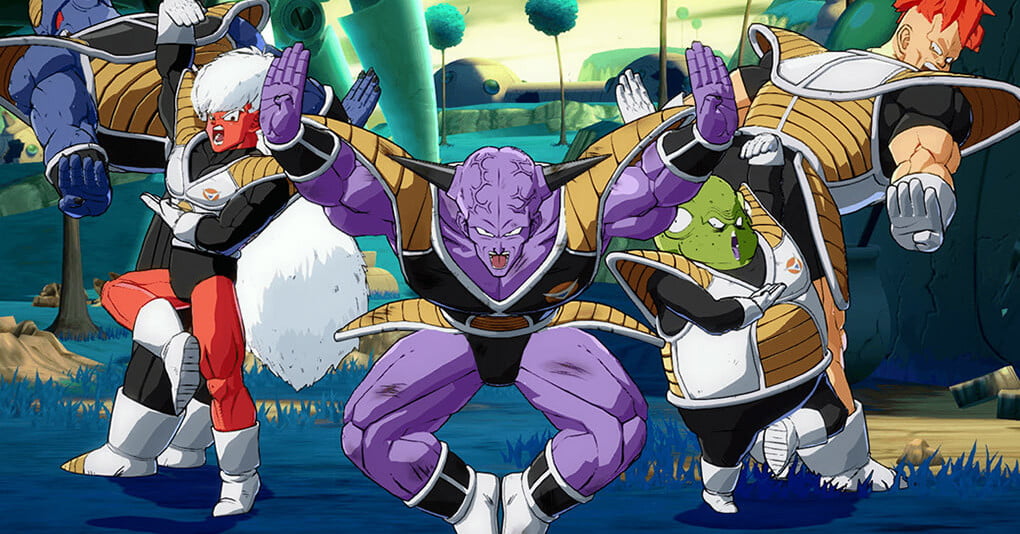 January is typically a lighter month for video game releases, as players are busy trying out their new Christmas and Hanukkah presents, but 2018 is getting off to a great start with some big-name titles across multiple genres. Whether you’re looking forward to beating up anime baddies, hunting exotic creatures, or embarking on an old-school RPG adventure, there are new games for you.

And if you’ve put your 3DS or PlayStation VR headset into storage, you will want to go dig them out again, as there are some notable titles are on the way. Here are the best new games of January  2018.

As Nintendo’s other franchises move on to the Nintendo Switch, everyone’s favorite pink puffball still has a score to settle on the 3DS — against other Kirbys. Kirby Battle Royale lets up to four players battle it out in 10 different modes that blend the combat of the Smash Bros. series with the competitive action of Mario Party. Battle Royale also includes a single-player story component that blends together adventuring with frantic competitive events, and it’s all presented with a gorgeous art style reminiscent of Super Smash Bros. for Nintendo 3DS.

Playing through the single-player mode, dubbed “Cake Royale,” will also reward you with extra gear you can equip in other parts of the game, and with more than 10 different abilities to choose from, you won’t run out of ways to kick King Dedede’s butt.

In 2016, I Am Setsuna returned players to the retro role-playing they remembered from the ‘90s, but with a modern coat of paint. Developer Tokyo RPG Factory’s next game, Lost Sphear, will try to make nostalgic lightning strike twice. The game finds a world on the brink of completely vanishing due to its ties to people’s lost memories, and only a young boy called Kanata is capable of saving it.

Lost Sphear appears to contain some of the steampunk influence of Final Fantasy VI with its use of “Vulcosuits.” These specialized suits of armor transform its users into walking death machines, and they can even be used to avoid combat at certain points.

The adventure begins when Lost Sphear launches for Nintendo Switch and PlayStation 4 on January 23.

Developer Supermassive Games is known for slasher-throwback horror in games like Until Dawnand its PlayStation VR spin-off, Rush of Blood, but the studio is tackling a more cerebral and psychological type of horror in its next game, The Inpatient. Trapped in the terrifying Blackwood Sanatorium, you must discover your identity while uncovering the reason behind your stay at the facility, and flashback sequences help to piece together the pieces. The use of voice control and a full-body character model further blur the line between reality and fiction.

As with Supermassive’s other projects, The Inpatient features branching story threads that can result in your death, as well as those around you. If the game can live up to the high standard set by Until Dawn, it could just be one of the best PlayStation VR games released in the peripheral’s young life.

The Inpatient launches on PlayStation VR on January 23.

Developed by BlazBlue and Guilty Gear studio Arc System Works, Dragon Ball FighterZ is a fast-moving and technical fighting game that looks almost identical to the anime, and it features a cast of characters spanning both Dragon Ball Z and the new Dragon Ball Super show. Trunks, Goku, Beerus, and Majin Buu can all battle it out in three-on-three fights, and it looks primed to become the newest fighting esports obsession.

But even for those who aren’t usually interested in fighting games, FighterZ has something to offer. The game’s special moves re-create key scenes in the series, including the “father and son” Kamehameha blast during the Cell saga and Trunks’ obliteration of Frieza.

Dragon Ball FighterZ will instantly transmit onto PlayStation 4, Xbox One, and PC January 26.

The Monster Hunter series has been relegated to portable consoles in recent years, but Capcom is bringing it back to televisions in a big way with a new home console entry, Monster Hunter: World. The latest adventure makes full use of the current-generation consoles to deliver stunning environments, and with 14 different types of weapons to use in your quest to murder every monster you come across, there’s something to fit nearly every playstyle.

If you don’t want to hunt alone, Monster Hunter: World also features online cooperative play. With the help of your trust cat-like Palico pets, you and your friends can venture into the unknown and strike down nearly any creature, and the Palico can even hitch a ride on monsters they encounter for a free lift.

Monster Hunter: World comes to PlayStation 4 and Xbox One on January 26, with a PC release following later.