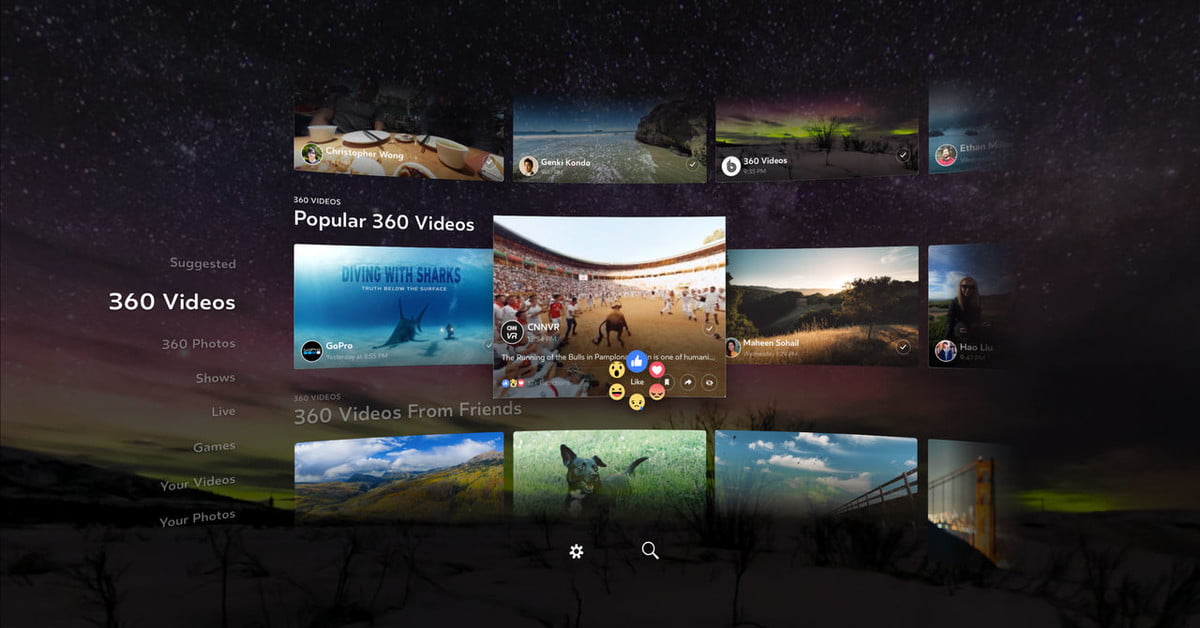 Want to see your friends Facebook videos in all of their 360-degree glory? Well, you’re in luck, because the social media giant has released a ton of new updates for Facebook 360 for Gear VR that make it easier to find amazing videos and photos.

One of the most exciting updates to the Facebook 360 app is the addition of a Suggested content tab. Similar to what you would find on your regular Facebook feed, the Suggested tab shows you videos that match your interests or have been shared by your friends. It’s a nice addition that lets you find the best videos quickly.

Finding 360 shows and live video is also much easier. If you live in the United States you can scroll to the Shows tab and find the latest 360 shows on Facebook Watch. The Live tab allows you to see the best Live 360 video in 4K. There’s also tabs to let you quickly access your own games, as well as videos and photos.

In addition to all of the new features, Facebook made the app easier to navigate by adding support for the Gear VR Controller. It’s a much needed update that makes using Facebook 360 much more enjoyable.

The Facebook 360 update is just the latest in a stream of new features and updates targeted toward 360 content creators in 2017. Throughout the year, the social media company hosted educational workshops and meetups around the world for 360 creators.

Facebook ended the year with several goodies for 360 enthusiasts. In December it launched the 360 Community page, offering tutorial and educational videos. It also introduced 360 Director, allowing you to use the Guide feature and highlight points of interest.

Facebook also partnered with Blend Media in December to create the Camera Loaner Program. Content creators who want to try their hand at 360 video without buying the equipment can now borrow 360 cameras directly from Blend Media.