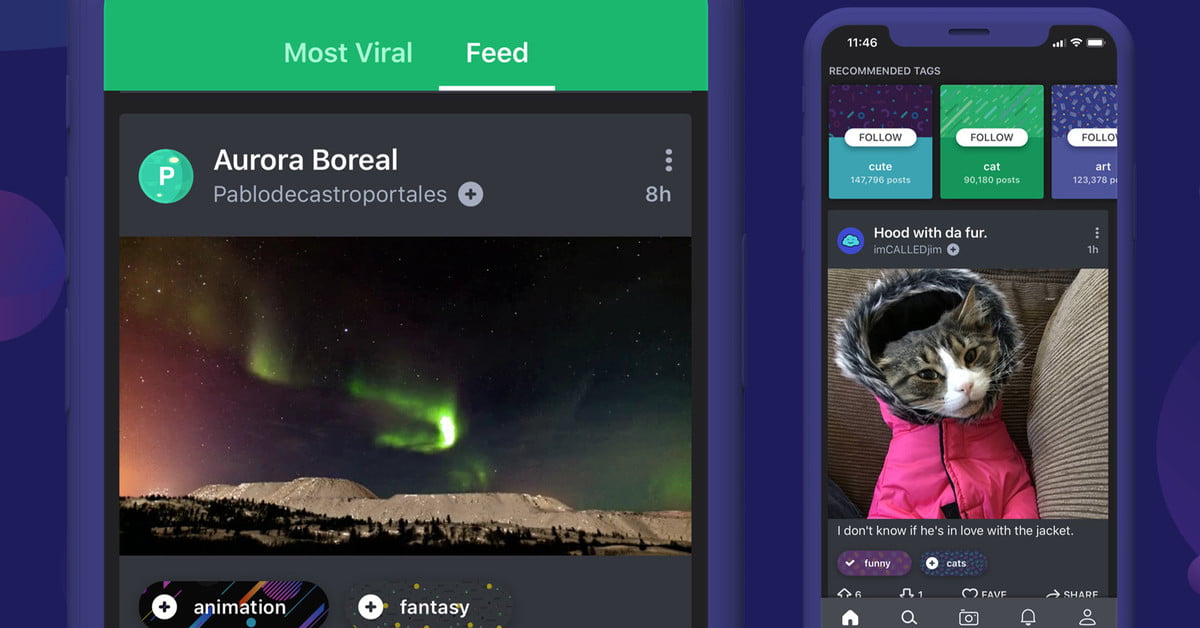 GIF-library Imgur is continuing to add more social features by adding one of the biggest, most imitated features across multiple networks: Stories. A recent update to Imugr brought Snacks, the platform’s variation on Stories, a full-screen option for wasting time on a looping stream of GIFs, along with a new news feed and an announcement for an upcoming desktop redesign.

Snapchat first coined Stories in 2013, a feature that automatically plays a list of short video clips or photos from the user’s day, with that content disappearing after 24 hours. The feature has since been widely imitated, first by Instagram and Facebook and now even extending with variations on the idea to YouTube and even Skype.

Imgur’s variation on the idea is called Snacks and brings the idea of a string of endless short clips to the GIF library. Unlike most Stories, Snacks isn’t necessarily a list of all the content friends shared, it’s GIFs pulled from the library on a specific category. Like Stories, however, the feature plays that content full screen and continues until you tap out.

Located at the top of the search page inside the app, Imgur says the Snacks change daily.

Snacks launched alongside another social feature with the addition of a new feed that allows users to customize their experience browsing on Imugr. The feed will curate content from other users you follow, as well as tags that you choose to follow. Like a social network, you can comment on posts, or vote them up in the Imgur ranks. The feature is also designed to help you find new users or tags to follow, though an option for a vertical feed will exclude suggested content and only include followed accounts and tags.

The update, which launched to iOS users before the weekend, appears is iOS only for now but will be coming to other platforms soon, the company said. Imgur launched an Android update on the same day, but the change only included bug fixes and a new icon. Imgur appears to be continuing the social features that platform launched a year ago. That update introduced the ability to follow and chat with other users.

The mobile update also comes with an announcement for an upcoming redesign to the desktop app. The home page, which hasn’t had a design update since 2014, will have a more modern look, Imgur said, while also improving search and expanding tags. The update is currently in beta testing.

While Stories have had some significant success on Instagram and Snapchat, other platforms haven’t seen the same level of use. Time will tell how “hungry” Imgur users are for a similar feature, but at any rate, it’s now easy to watch a full-screen roll of GIFs.