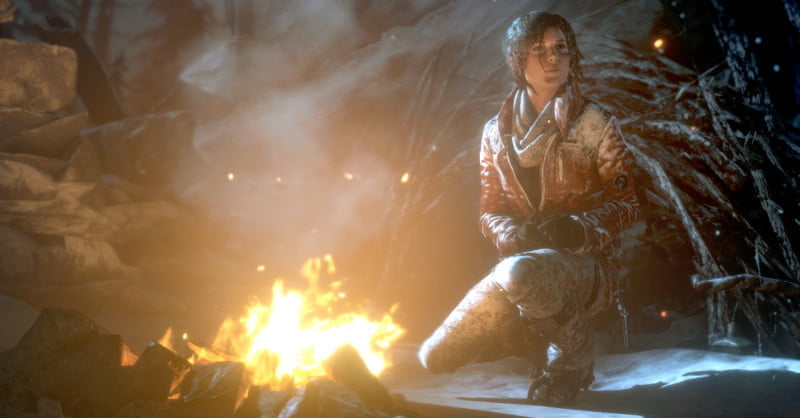 Square Enix has officially announced that a new entry in its rebooted Tomb Raider franchise is in the works. Confirmation of “Lara Croft’s defining adventure” came in a tweet from the official Tomb Raider account on December 7, promising more details at “a major event in 2018.”

A message to our fans! pic.twitter.com/HlDYsUtZMs

Fans have suspected that new Tomb Raider game was in the works since shortly after the release of Rise of the Tomb Raider, when an eagle-eyed commuter caught a glimpse on a laptop of a presentation for a new game with the working title Shadow of the Tomb Raider. Square Enix’s announcement did not provide any clarification as to who is developing the new Tomb Raider game. Although the prior two entries in the extremely successful reboot came from Uncharted studio Crystal Dynamics, Eurogamer reported from inside sources that Eidos Montreal, (most recently known for their reboots of Deus Ex and Thief) would take on the franchise for this third entry.

On the other hand, Gamespot reported in late 2016 that Crystal Dynamics had hired Ian Milham, formerly art director for the Dead Space series at Visceral Games, as franchise director for Tomb Raider. It is not yet clear whether Crystal Dynamics and Eidos Montreal are developing separate Tomb Raider projects, or if this is the same game being shuffled around with the publisher’s studios.

The Tomb Raider franchise has twice played an instrumental role in the development of the 3D action-adventure genre: by helping establish the genre in the first place with the 1996 original and then defining its modern era with the 2013 reboot. Series protagonist Lara Croft endures as one of the most iconic figures in gaming, whether in her problematic, male-gaze-centric first instance, or her more realistically proportioned and humanized reboot form. The franchise’s second life has been so popular that Ex Machina star Alicia Vikander will assume the role in an upcoming film adaptation (following in the footsteps of Angelina Jolie from prior cinematic versions).

Waiting until “a major event in 2018” for more news may mean we don’t learn anything until E3 in June, but we will be collecting any and all details and rumors to compile until then.