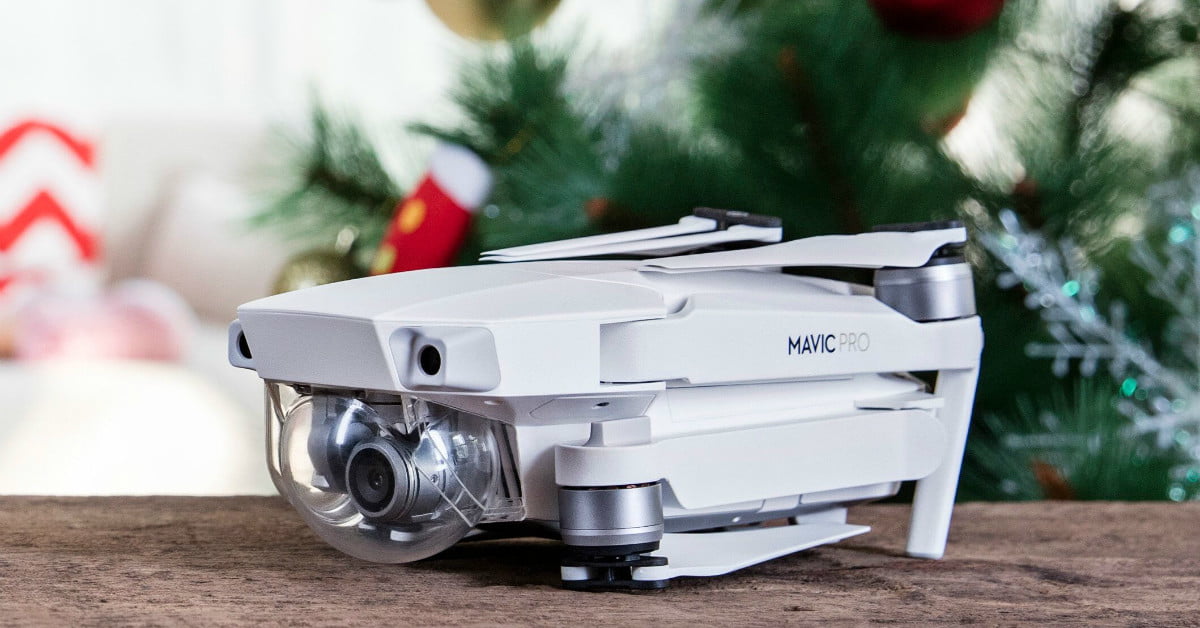 Now we don’t believe for a moment that anyone out there has been looking at the Mavic and saying, “I love this quadcopter and all that it has to offer, but I’ve a real problem with its gray color scheme and that flash of gold on the side … I think I’ll pass.”

But if that is you, then this limited-edition Mavic Pro may be of interest.

Hoping to tempt impulsive holiday shoppers into parting with a large sum of money, the brand new, all-white Mavic Pro — called the Alpine White — is available exclusively at Apple.com and at Apple Stores “in most countries,” according to maker DJI.

That doesn’t sound particularly helpful if you take it out on a cloudy day or if there’s snow on the trees, but if you’ve a decent set of eyes and your hearing is still in order, you should have no trouble tracking your drone’s position from the ground. If in doubt, hit the return-to-home button and wait.

The Alpine White is offered as a “Holiday Combo” deal, so you’ll get a few other bits and pieces with it, namely a remote controller, two extra Intelligent Flight Batteries, two additional pairs of propellers, and an aircraft sleeve.

Priced at $1,050, it’s $50 more than the regular Mavic Pro kit, though the contents are admittedly a little different. And it’s considerably cheaper than the $1,300 “Fly More” combo, which offers a bigger bundle of extras.

To be absolutely clear, there are no new features or enhancements with the Alpine White compared to the original Mavic Pro. It doesn’t go faster, fly for longer, or have a better camera. But it is painted white.

In that case, the Alpine White offers 27 minutes of flight time and a top speed of 40 mph (65 kmh). Video is shot at 4K and stills at 12 megapixels. If you’re interested in the Alpine White or the Mavic Pro — essentially the same machine — take a moment to check out DT’s in-depth review.