The Huawei Honor V9 was launched at an event in China on Tuesday. The device has three RAM/storage variants and also comes in four flavors. It will go on sale first in China on February 28. There are no details on the global availability.

Display
The Honor V9 comes with a 5.7-inch QuadHD display with a resolution of 2560×1440. The screen also features a 2.5D curved glass protection. 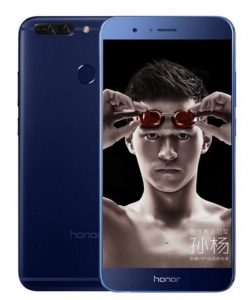 Camera & Others
For pictures, the V9 sports two 12MP sensors on the back with an aperture of f/2.2. The rear camera supports laser autofocus, LED flash, and 4K video recording. For selfies, there is an 8MP sensor with an aperture of f/2.0. Other highlights include a non-removable 4,000 mAh battery, rear mounted fingerprint scanner and Android 7.0 Nougat operating system with Huawei’s EMUI 5 on top. 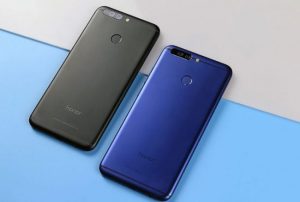 Pricing & Availability
The new flagship will go on sale at TMall, JD and Suning on February 28. There are chances of the V9 being introduced in other markets as Honor 8 Pro. Reports speculate Huawei will make a formal announcement on same at the upcoming Mobile World Congress (MWC).