For all those Asus fans, the next-generation ZenFone 4 has appeared on GFXBench giving a glimpse of the display and internals. For a while, Asus was rumored to be launching two new smartphones in February. Just recently, the company introduced the ZenFone 3 Zoom and ZenFone AR. The next to follow is the ZenFone 4 that is tipped to be announced at the Mobile World Congress (MWC) in Barcelona. 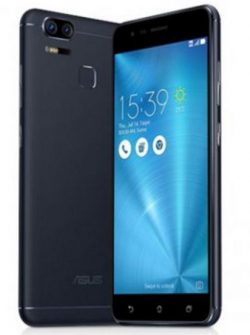 There have been several leaks pertaining the specs, but now that it’s listed on GFXBench, we can compare the speculations and get to know key features that matters. For the screen, you have a 5.7-inch Quad HD display with 2560 x 1440 pixels resolution. The device will be equipped with a Snapdragon 820 chipset, Adreno 530 GPU and 6GB RAM. There should be a 64GB internal memory as well.

As is expected of a new launch, the ZenFone 4 will come with Android 7.0 Nougat out of the box. There is no prediction on the battery. There is however something for photo enthusiasts. It appears Asus is fitting ZenFone 4 with a massive 21MP rear camera with 4K video support and 8MP front camera for selfies. Now that is something you don’t hear too often.

This month Asus would also be launching the ZenFone 3 Zoom and ZenFone AR which it unveiled at CES last month. The ZenFone 3 Zoom sports a dual-camera setup at the back with a pair of 12MP sensors (one with 25mm wide-angle lens and other with a 56mm lens, 2.3x optical zoom). There is also support for f/1.7 aperture, 4K video recording capabilities, three-axis EIS, four-axis OIS and three auto-focus modes.

The 5.5-inch full HD (1080p) display phone is powered by Qualcomm’s Snapdragon 625 processor and is paired with 4GB RAM and 128GB storage. The ZenFone 3 Zoom is also fitted with an impressive 5,000 mAh battery.

The ZenFone AR meanwhile was another device that left tech giants scratching their heads. It was the world’s first smartphone to support Tango and Daydream platforms (Google’s virtual reality platform). Further, it had a 5.7-inch Super AMOLED QHD display, Snapdragon 821 processor and 8GB of RAM. The VR-centric phone had three cameras with the main one to feature a 23MP Sony IMX 318 sensor.

Let’s hope Asus will not disappoint with the ZenFone 4 series. Stay tuned to Gadgets Post for more updates.