With just days left for the release of Moto G5, the device now appears to have been certified by the Federal Communication Commission (FCC) in the US. 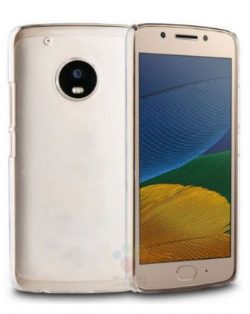 The listing doesn’t reveal much except the network modes and battery capacity. To put in a nutshell, the next-generation device will decked with a 3,000 mAh battery with Turbo Charging technology. It will also support NFC.

Several renders of the device have already leaked online. Today again new renders leaked, showing both Moto G5 and G5 Plus. The latter will be a bigger version of the G5. The leaked renders clearly show the display, curved edges and rear of the phone. There is a circular camera at the back and on the front you have the physical home button that also doubles as a fingerprint scanner.

Moto G5 and G5 Plus features

Moto G5 and G5 Plus will be unveiled at the upcoming Mobile World Congress (MWC) 2017 at Barcelona. Successor to last year’s Moto G4 and G4 Plus, we have a glimpse of the hardware, thanks to all the recent rumors.

To condense, you have a 5.5-inch FullHD display, 3GB RAM and 16GB of storage in G5. Reports also indicate a Snapdragon 625 processor, 13MP rear camera and 5MP front shooter.

The G5 Plus on the other hand will have similar display and processor, but with 4GB of RAM and 32GB storage. It could sport a 16MP rear camera with dual-LED flash and 5MP front camera for selfies. The battery should be of 3,100 mAh.

If the rumors are true, the devices should run Android 7.0 Nougat out of the box.