Huawei has released a new update to its P8 Lite smartphone, released two years ago. The new P8 Lite (2017) is more than just a slight upgrade but builds on the foundation of the P9 Lite. The Chinese smartphone maker will soon introduce the device in several European markets , according to a report by GSMArena. 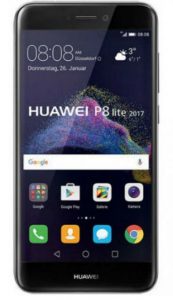 The new P8 Lite will sport a 5.2-inch screen with an FHD resolution, encased in a gloss-finish shell. The design is said to be more reminiscent of the Honor design language than the Huawei smartphones we are used to seeing. Although there hasn’t been any formal event to inaugurate the release of the handset, the company will be making it available for purchase by the end of the month.

The phone isn’t really a flagship phone, but has some beef under its hood. It’s got the Honor 6X’s Kirin 655 chipset clubbed with a Mali-T830 MP2 GPU. It’s an octa-core processor with 3GB of RAM along with 16GB of internal storage, that’s expandable as well. It’ll be a promising offering, considering it’ll come preloaded with Nougat out-of-the-box.

On the optics side, the phone will come with a 12MP camera on the rear, and an 8MP one on the front-facing side. They’re supposed to be good snappers on paper, but that’ll be subject to real world testing. There’s also an LED flash on the back, with a fingerprint sensor in the middle. Powering the whole set up will be a more than favourable 3000mAh, making the phone hopefully last through the day on a single charge.

Since it’ll be released in Europe first, it’ll be strategically priced to tackle the mid-range, so it’ll be priced at a sweet 239 Euros. After that it’ll be launched in other markets but maybe in a different name. In Latin America, it’ll be launched as the P9 Lite. To make things more confusing, there’s also going to be a new P10 Lite releasing in the next few weeks.