Samsung Galaxy C9 Pro will be launching in India next week. The Android phone, which went official in China in October 2016, features a 6-inch full-HD AMOLED display. 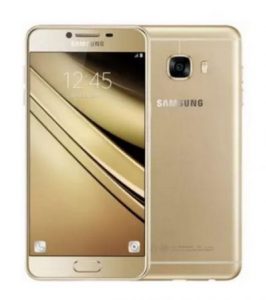 Launched at a price of CNY 3,199 ($463), Galaxy C9 Pro is confirmed to launch in India on January 18. That launch price converts to roughly Rs 31,700 for consumers in the country. The phone is also expected to arrive in other Asian countries such as Bangladesh, Nepal, Sri Lanka, Thailand and Malaysia.

Galaxy C9 Pro is powered by an octa-core Qualcomm Snapdragon 653 SoC, paired with 6GB of RAM and 64GB of inbuilt storage which is expandable via microSD card slot.

There is a fingerprint scanner embedded inside the Home button and on the back you have a 16MP camera with dual-LED flash module. For selfies, the phone has the same 16MP sensor on front with an aperture of f/1.9.

Connectivity options include 4G LTE, Bluetooth v4.2, Wi-Fi, GPS and NFC. It will also have a USB-C type port and will be powered by a 4,000 mAh battery.

The bigger sibling of Galaxy C9, Samsung’s latest is part of the C-series and sports a unibody design with rounded edges on all corners. Samsung Galaxy C9 Pro runs Android 6.0 Marshmallow.