Coming close on the heels of CES 2017, Chinese smartphone maker Gionee has unveiled a new budget smartphone, but based on Android 6.0 Marshmallow operating system. 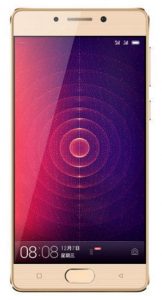 The Gionee Steel 2 is a China exclusive phone that sells for CNY 1,299 ($190). It could be made available in other markets soon, but there is no official word on it yet.

Weighing 160gms, the Android phone features a home button on the front under which a fingerprint sensor is embedded. The device will sell in two color variants – Jazz Gold and Gold Black.

Considering the recently launched M2017, the Steel 2 appears to have been targeted at the budget consumers. The M2017 on the other hand is priced at CNY 6,999 ($1014) and comes with top-notch hardware.

It sports a 5.7-inch AMOLED QHD display, Snapdragon 653 processor, 4GB RAM and 128GB/256GB internal storage. The battery is a massive 7,000 mAh juice pack that supports Quick Charge 3.0 technology. And for pictures, it has a dual-camera setup on the back with 12MP and 13MP sensors. For selfies, there is an 8MP front snapper.