HMD Global recently unveiled its first Nokia-branded smartphone, the Nokia 6. Though some reports said it is a China exclusive, a source now claims it will be released in other key markets as well. 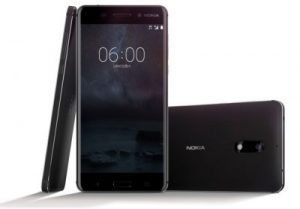 The Nokia Power User spotted the Nokia 6 passing through Bluetooth certification. The models spotted included the original TA-1000 which is the original version and also a new TA-1003, which could very well be the international variant.

If the TA-1003 is the global variant of Nokia 6, the you can expect it to be unveiled at the upcoming Mobile World Congress.

The Nokia handset, which flaunts a stylish aluminum build, is powered by a Snapdragon 430 processor. Though it was touted to be named Nokia D1, the official announcement has put the rumors to rest.

As for display, you have a 5.5-inch 1920 x 1080 screen with 2.5D Gorilla Glass protection. The camera is an impressive 16MP sensor on the back and 8MP shooter on the front for selfies.

The Nokia 6 sports dual Dolby Atmos speakers with built-in dual amplifiers. Under the hood, you have a 4GB RAM and 64GB storage.