Apple is rumored to bring three new iPads in the second quarter of 2017. The revelation comes from none than reliable KGI Securities analyst Ming-Chi Kuo. 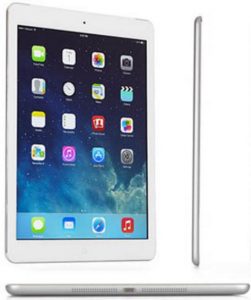 iPads represented about 10% of Apple’s revenue in the last fiscal year.

In his latest note to investors, Kuo reveals details of the three iPads dubbed iPad Pro 2, including the screen sizes and the processors it comes equipped with.

Apple is apparently bringing an updated 12.9-inch model, a 10.5-inch model with a narrow bezel and a low-end 9.7-inch model, according to Kuo.

First accessed by Apple Insider, the 12.9-inch and 10-plus-inch iPad Pro models are expected to feature an A10X processor. The budget 9.7-inch model could feature an A9 chip found in the iPhone 6s.

Kuo suggests that the 9.7-inch version will represent close to 60 percent of total shipments. Additionally, he notes that the new iPads will boost revenue. “The worst has passed for Apple’s iPad,” he writes.

You can expect the new models to hit retail stores between April and June. Earlier reports speculated the models to come with True Tone display technology that allows the devices to adjust the color temperatures of their displays in real time.

It would also feature a faster display technology to improve speed and user experience.

There is no word on an upgrade for the iPad Mini lineup. There were rumors about Apple ending production of the mini tablet computer. Apple still sells the iPad Mini 4, though it features an outdated A8 processor.