After days of rumors and leaks, Asus has finally made its ZenFone AR and ZenFone 3 Zoom official at the CES 2017. The former is reportedly the first device to be both Tango-enabled and Daydream-ready. The highlight of Zenfone 3 Zoom is the large 5,000 mAh battery and dual camera system. 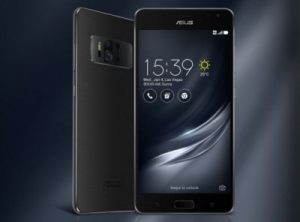 The ZenFone AR was unveiled at the CES 2017 event in Las Vegas.

As was already revealed in the leaks, the ZenFone AR features a 5.7-inch Super AMOLED QHD, besides a Snapdragon 821 processor, 256GB inbuilt storage and 8GB of RAM.

The Tango-ready phone has three-cameras – one 23MP Sony IMX 318 sensor with OIS and 4K video recording support and other two for motion-tracking and depth sensing. Tango is a new technology from Google that enables augmented reality (AR) gaming and utilities.

The Zenfone AR is the second phone to integrate Tango after the Lenovo Phab 2 Pro. It runs Android 7.0 Nougat and is backed by a decent 3,300 mAh battery. You can expect the phone to hit store shelves around the second quarter of 2017.

Coming to ZenFone 3 Zoom, which was also launched at the Las Vegas expo, the highlight is undoubtedly the battery and dual camera set up. Claimed to be the lightest and thinnest phone featuring a 5,000mAh battery, the ZenFone 3 Zoom is only 7.9mm thick and weighs in at 170 grams.

It features 5.5-inch FHD AMOLED display with Gorilla Glass 5 on top, and is powered by a Snapdragon 625 processor with different RAM and storage configurations. The device is backed well by an impressive 5,000mAh battery.

There is a 13MP camera with a Sony IMX214 sensor and f/2.0 aperture in the front. The cameas feature a TriTech+ autofocus system, dual-PDAF, 4-axis OIS, and 3-axis EIS. The Asus ZenFone 3 Zoom will be available starting February 2017.