Cleer hasn’t really been in the field for very long, having only been established in 2012. But it’s come a long way since then and today at CES, the company announced its high-end NEXT audiophile headphones that promise the best experience they can offer yet. 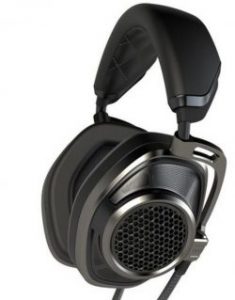 he NEXT will be unveiled at CES 2017 in Las Vegas

Cleer has claimed that their new high-end headphones are meant to be only for audiophiles. It will feature 40mm ironless magnesium drivers, a circumaural design for noise isolation as well as some comfy leather earpads and headbands, with an upgraded earpad foam that helps in noise cancellation as well as increase comfort levels.

According to Cleer, “The ironless structure supports the voice coil in a perfectly focused magnetic field and delivers three musical benefits: low and constant inductance, suppressed distortion via reduced eddy currents, and the constant application of force through the diaphragm’s useful and extended range of movement.”

It’ll also come with a 3.5mm balanced audio cable with aluminium hardware and ¼” supplied adaptor. According to a press release, the headphones were created for an unmatched personal music experience which results in an efficient, linear wideband frequency response right from lower ranges to the highs, even above 40kHz. It’s supposed to feel as though the wearer will forget that they are wearing headphones.

Cleer has always been known to provide award-winning musical experiences to the fore, and with their latest, it seems like another win is in the making. The headphones indeed look beautiful, and they’ll come at the price of a pretty penny too, actually $700 to be exact. Good music doesn’t come cheap.

While most users ideally prefer headphones for their exercise or for listening to their favourite music casually on a plane or a train ride, these headphones aren’t even for those who are serious about music production even, but just interested in being lost in the trance of the audio they’re listening to. It’s marketed at a very niche audience – one that is pretty hard to find actually. And while other headphones are trying their best to make music sound crisper and provide all the right bass, this one just wants to make the user experience the music than hear it. And we are pretty sure it’s going to do just that when it finally becomes available.

These are wired headphones by the way, so those thinking that wireless headphones are the future, need to probably think again. Sorry iPhone 7 users.