There were earlier reports on Asus bringing a new smartphone with Google Tango support. The phone, which was to be unveiled at the CES 2017, was accidentally leaked by chip maker Qualcomm. 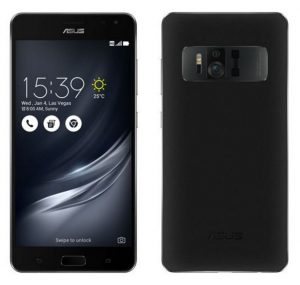 In a blog post, Qualcomm revealed vital details on the Asus Zenfone AR, which is reported to be the second Google Tango-enabled smartphone. Though Qualcomm took down the page, much of the details already came to the public fore.

First spotted by GSM Arena, the Asus ZenFone AR is expected to be powered by latest Snapdragon 821 processor, same found in the Google Pixel and OnePlus 3T.

It will also be Google Daydream-ready and should be compatible with Google’s Daydream View headset as well.

Popular tipster Evan Blass has meanwhile posted renders of the device on Twitter. From the looks of it, it does appear a Google Tango phone.

The phone’s official announcement will be made on Wednesday. More details on the specs and price should be available then.