The upcoming Asus Chromebook, dubbed C203CA, a high-end laptop has been leaked online ahead of its scheduled launch and according to the source, it seems that this Chromebook will be getting a USB Type-C port. 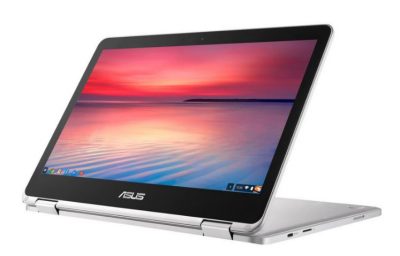 The leaker, a source from Newegg had found the landing page of the device and posted the details of the device online. From what has been shared, we know that it’ll be packed with Intel’s portable processors, in this case the 2.2GHz m3-6Y30 with 4GB of RAM and a 1080p 12.5-inch screen. This could well be the very same device which popped up on FCC’s listings which released a little earlier in the year, since it’s got the iconic 360-degree hinge.

It’ll include two USB Type-C ports, both of the 3.1 variant. It’ll also feature 64GB of internal storage, a microSD card slot as well as an illuminated chiclet keyboard. By the looks of the images in the resource, it seems like the USB Type-C port could probably be the only ports allowed on the device apart from the headphone jack and the SD slot. It’ll also be charged by one of those USB ports as well.

The m3 processor by Intel is one of the last few m-series processors to be powering the notebook as its current line-up is going to be integrated into the core processor line-ups from now on. And although it’s a bit under-powered compared to the rest of the core chips, it’ll still be powerful enough to power the Chromebook and make snappy. Folks at Chrome Unboxed said they did spot a variant with 8GB of RAM earlier, so there could be a possibility that we could see another variant of the Chromebook with that specification. In fact, they even placed an order for the Chromebook as soon as it showed up on Newegg and it’s probably going to be fulfilled, even though the listing was taken down.

The system will be available for $499, which places it competitively with some other great portable notebooks, most notably the Yoga Book which comes with an Intel Atom processor and some great tech for $50 more. It’s great to see that newer hardware comes now pre-made with the USB Type-C as standard nowadays and the Asus Chromebook is offering the power and functionality that is otherwise available in only high-end Chromebooks like the Pixel’s. For a system that has been trying to penetrate the market, this only shows how much Chromebooks have progressed so far and wouldn’t be long before they become the norm like regular Android tablets and Microsoft notebooks.