Blu, the Miami-based smartphone maker, has a new Android based smartphone that is priced just right for budget consumers. The Blu Life Max retails on Amazon US website for $119. 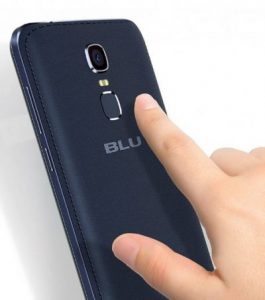 Like other standard displays, the Blu Life Max too sports a 5.5-inch HD (720 x 1280 pixels) with IPS curved glass screen. It is powered by a 1.3Ghz quad-Core MediaTek 6737 processor with 2GB of RAM and 16GB of internal storage (expandable to 64GB).

The dual SIM phone supports 4G, Bluetooth 4.0, WiFi and is backed by an impressive 3700 mAh battery, which the company claims can last up to 3 days. The smartphone runs on Android 6.0 Marshmallow OS.

Blu recently was in news after reports surfaced some of its phones housed a spyware that sent users’ private information to China.

One of the many devices the spyware was found installed included the R1 HD which Amazon was selling for $50. The phone features a 5-inch display and is powered by a MediaTek 6735M quad-core processor plus 1GB of RAM and 8GB of storage.

Blu has been announcing smartphones that are economical and at the same time rich in features. The Blu Vivo 6 for instance has a full metal chassis in a choice of Gold or Rose Gold and has a 5.5-inch Full HD 1,920 x 1,080 pixel display.

There is a 13MP camera on the rear offering phase detection autofocus, and an 8MP front camera. Under the hood, there is a MediaTek Helio P10 octo-core chipset with 4GB RAM and 64GB of internal storage. Supporting dua SIM and 4G LTE networks, the device was recently launched in the UK market priced at £240.