Samsung’s A series line-up has been amiss this month, seeing as the company has not mentioned any information on releasing any new versions of the series so far. A leak by a Twitter user revealed that two new models from the line-up, the A3 and the A5 would be released sometime in mid-January. 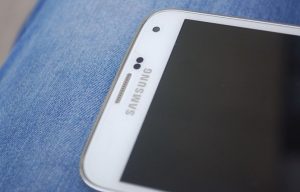 The leak comes courtesy of Roland Quandt, a reputed leakster. According to him, the two smartphones will be released somewhere in Western Europe first. The A3 and the A5 will be released in the following colours: black, blue, gold and pink. The A3 will cost around 349 Euros while the A5 will cost 449 Euros when they hit the shelves unlocked and off-contract. The updates in the series were supposed to have been released this month according to previous reports, but it seems unlikely now that Samsung would go ahead and release them in the remainder of the year.

A third model – the A7 is also slated to be released alongside the other two, and is supposed to be a much more powerful flagship spec’d phone compared to the rest of the line-up, but it seems that that won’t be the case anymore. It could release sometime later next year.

So far, the leak doesn’t really prove much apart from the fact that A series definitely will be receiving its due additions sometime in the next couple months. The A line-up has always been a good bridge between the higher end variants and the lower end variants of Samsung’s handsets. They’re premium-grade phones with good metal bodies as well.

The current generation of A5 and A3 handsets featured very modest specs and weren’t really known for their performance. Perhaps this time around the company can change that. No spec description or other updates regarding the phones have been revealed by the company or leaked as of yet, so any speculation about these features should probably be taken with a pinch of salt.

Seems like Europe is getting all the good stuff from Samsung. And maybe the delay in announcement is just to make sure that all components in the device aren’t combustible.