The firm behind Nokia’s comeback we know has confirmed its presence at MWC 2017. HMD Global, which recently took over Nokia’s phone business, is expected to release Android-based phones in the first quarter of 2017. 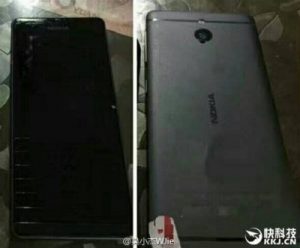 A new leak on Chinese microblogging site Weibo shows what looks like a prototype, also revealing some of the features. PhoneArena cited the source claiming what is the Nokia P flagship.

The device reportedly will see a Snapdragon 835 chipset, 6 GB RAM, and a 23 MP camera with Zeiss lens. Of course, these details were already available, with the latest just corroborating the speculations.

Earlier rumors also hinted the device to sport Quad HD display with 5.2-inch or 5.5-inch screen sizes. We do also know that the device will be IP67 certified, meaning it will be dust- and water-resistant.

As for now, the rumors are to be taken with a grain of salt. Stay tuned for more updates on the upcoming flagship that is expected to arrive at Mobile World Congress in Barcelona in 2017.