Meizu has launched an upgrade to the Pro 6 in the form of Pro 6 Plus. It has a larger screen, bigger battery and comes with the latest Meizu operating system. 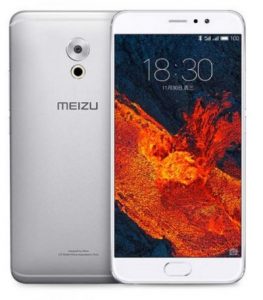 Meizu Pro 6 Plus was launched at an event today in China.

Available in in Champagne Gold, Sky Gray and Moonlight Silver colors, the Pro 6 Plus sports a 5.7-inch Super AMOLED display with Quad HD resolution. It even supports the 3D Touch functionality that is seen on iPhones.

The flagship device runs on Flyme 6 OS that is based on Android 6.0.1 Marshmallow. On the hardware, you have a Exynos 8890 octa-core processor coupled with Mali T880 GPU, besides a 4GB RAM and 64GB/128GB storage. Other highlights include a 12MP rear camera with 10-LED flash, 5MP front camera and 3,400 mAh battery with mCharge fast charging technology.

The Pro 6 Plus had surfaced on Geekbench yesterday, revealing much of the specifications. Though it was speculated that Meizu will launch the smartphone in the first half of 2017, reports on today’s event hinted at the probable launch.

Besides the flagship Pro 6 Plus, Meizu also announced the latest Flyme 6 OS and Meizu M3X smartphone. The Flyme 6 is said to include over 400 features with a refreshing new interface. Another highlight is the One Mind artificial intelligence engine which Meizu claims is able to “adjust system performance according to user preference”.