Lenovo has just taken wraps of a budget friendly smartphone with powerful features for the Indian market. The K6 Power will be a Flipkart exclusive and is priced at Rs 9,999 ($145). 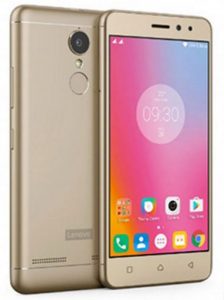 The Lenovo K6 Power was first revealed at the IFA 2016 trade show in Berlin.

The launch of the 4G enabled smartphone will heat up the segment that already is crowded with devices at various price points. The K6 Power has a full-metal body and runs on Android Marshmallow on top of Lenovo Pure UI.

The device features a 5-inch full-HD display, octa-core Qualcomm Snapdragon 430 processor, Adreno 505 graphics and 3GB RAM. The storage of 32GB is also expandable up to 128GB.

The camera department has a 13MP sensor on the rear and 8MP front shooter with wide angle lens. All this is backed by a massive 4,000 mAh battery.

Other highlights of the device include Dolby Atmos audio enhancements, TheaterMax for media control and a fingerprint sensor located on the back panel.

For connectivity, you have 4G LTE, VoLTE, Wi-Fi 802.11 b/g/n, Bluetooth 4.2 and GPS/ A-GPS. Available in Silver, Gold, and Dark Grey variants, the device will go on sale starting December 6.

Lenovo is hoping that the new K6 Power will be a “tremendous success in India”. The device was first unveiled alongside K6 and K6 Note at the IFA 2016 trade show in Berlin.

The K6 Note is a successor to the popular Lenovo K5 Note and packs a 5.5-inch IPS LCD display, Snapdragon 430 chipset, 3/4GB RAM and 32GB storage (expandable up to 256GB). The primary camera consists of 16MP with dual-LED (dual tone) flash and 8MP selfie camera. The device is outfitted with a 4000 mAh battery.