Though Samsung is reeling from the damage of its defective Galaxy Note 7s, it still is the top selling smartphone brand in India. 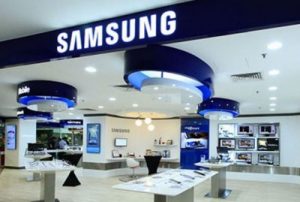 A new data released by IDC today showed Samsung with 23% share, up by 8% on-quarter. Samsung is followed by Chinese electronics giant Lenovo-Motorola that climbed to second place with 9.6 percent share. Thanks to Motorola’s recently released E3 Power and G4 models, the volume almost doubled.

Micromax is in the third position with a 32 percent decline in smartphone shipments. And for the first time Xiaomi has made it to the top 5. IDC notes the company has grown more than 2.5 times over the same period last year.

The competition in the smartphone segment will further heat up with holidays round the corner. The CY Q3 2016 results showed the smartphone market to have crossed the 30 Million unit shipments milestone for the first time in a quarter.

“This seasonal spike in third quarter of the year can be attributed to the channel preparation for the festive season, mega online sales and early import of smartphones owing to Chinese holidays in October,” says Karthik J, Senior Market Analyst, Client Devices, IDC India.