Lenovo has a new smartphone launching in the Indian market tomorrow. The Phab 2 Plus could have a price tag of around Rs 20,000 ($299). 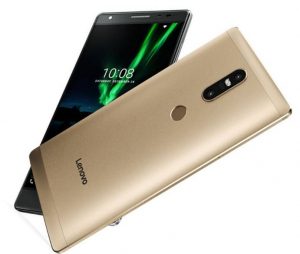 The premium device is powered by a MediaTek MT8783 octa-core processor coupled with 3GB RAM and 32GB storage (expandable up to 128GB). It sports a 6.4-inch with full HD display with a 2.5 D curved glass on top.

The device also comes with Dolby Atmos and Dolby Audio Capture 5.1 surround sound support. It runs on Android 6.0 Marshmallow operating system with Vibe UI on top of it

The Phab 2 Plus was announced in San Francisco at the company’s Tech World Conference in June this year. Lenovo also had introduced the Phab 2 Pro, first ever Google Tango smartphone. The Phab 2 Pro’s camera has an AR mode that brings augmented reality (AR) to smartphones.

Phab 2 Plus will be an Amazon exclusive, so you will need to place your order there if you want to get your hands on one.