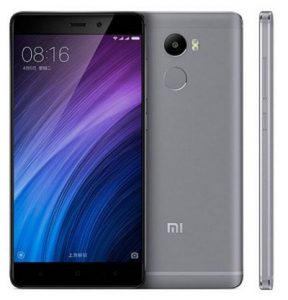 The 4G VoLTE capable devices have an affordable price tag and specs that are similar and pretty much as competent as other mid-range devices.

Redmi 4 sports a 5-inch TFT display with 1080p resolution with 2.5D curved glass and runs on a 1.4 GHz octa-core Qualcomm Snapdragon 625 processor. It is paired with a 3GB RAM along with 32GB of storage (expandable to 128GB).

The camera department includes a 13MP rear camera with dual-LED flash, and a 5MP front shooter. The device is backed by a 4,000 mAh battery and runs on Android Marshmallow.

Towards the Redmi 4A, you have a Snapdragon 425 processor, featuring 2GB RAM and 16GB of internal storage. The battery capacity is smaller to Redmi 4 with just 3, 120 mAh.

It sports a 5-inch screen of 720p resolution, a 13MP main camera sits with single LED flash and 5MP front shooter. One drawback in the device is it is not equipped with a fingerprint scanner like that seen on Redmi 4 base model.

The last device launched is the Redmi 4 Prime with a 5-inch IPS screen with 1080p resolution. It is powered by a 2GHz octa-core Qualcomm Snapdragon 625 chipset coupled with Adreno 506 GPU and 3GB of RAM. The 32GB of inbuilt storage is also expandable via microSD card to up to 128GB.

Other specifications match the Redmi 4, with exception being the dual-tone dual-LED flash accompanying its main camera.

The phones will be available in three colour variants – Gold, Grey and Silver. The Redmi 4 line up succeeds Redmi 3 which was launched in January 2016. It sported a 5-inch display and was powered by 1.2GHz octa-core Qualcomm Snapdragon 616 processor with 2GB of RAM.