All the bad news surrounding its latest Note 7 is not stopping Samsung’s efforts in bringing new smartphones. A device, part of the C series, was spotted on India’s import tracker Zauba today. 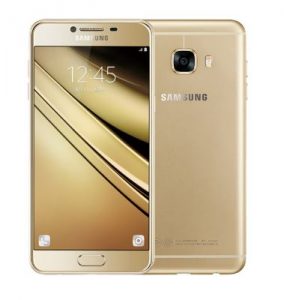 The premium device will be an advanced version of the Galaxy C7 which was launched in May, this year. The display was the same 5.7-inch AMOLED screen.

Under the hood, it is powered by a Qualcomm Snapdragon 625 SoC processor. It came with a 4GB RAM and 64GB internal storage (expandable up to 128GB via microSD card).

Other features included a fingerprint scanner, a battery set up of 3300 mAh and camera of 16MP on the rear and 8MP in the front. You can expect similar features on the C7 Pro, but with a slight bump on the processor, internal storage and battery.

Samsung is also expected to introduce another device, named Galaxy C5 Pro. It was also spotted on Zauba with model number SM-C5010. Both Galaxy C5 and C7 were exclusive for Chinese consumers.

The C7, meanwhile, was introduced with a 5.2-inch display and was backed by 2600 mAh battery. The internals included a Qualcomm Snapdragon 617 SoC, 4GB of RAM and 32GB internal storage.