Huawei has released a budget Android smartphone for consumers in China in the form of Enjoy 6. 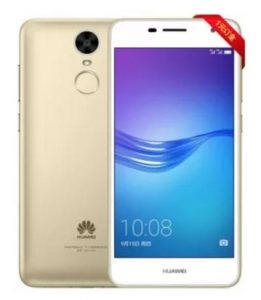 The new handset sports a 5-inch AMOLED display and runs on Android 6.0 Marshmallow. On the hardware, you have an octa-core chipset running at 1.5GHz. It is paired with 3GB of RAM and 16GB of ROM.

As standard in most mid-range phones, Huawei has kept a 13MP main camera with LED flash and 5MP shooter for selfies. You have a fingerprint scanner and 4G LTE, Bluetooth, Wi-Fi and GPS/A-GPS connectivity options.

The Enjoy 6 has battery capacity close to its predecessor, Enjoy 5. While Enjoy 5 boasted of 4000 mAh, its successor has a 4100 mAh battery to give 22 hours of talk time. The device will sell at a price of 1299 Yuan (190$). Consumers will have three colors to choose from.

This new offering comes even as rumors are swirling over the much-hyped Mate 9, which Huawei will release at a special event next week.

The Mate 9 could have two variants – the Pro version with a 5.9-inch curved display and the other being flat screen. It could be powered by their new Kirin 960 chipset with 4GB/6GB RAM and storage options of 64GB/128GB/256GB.

Mate 9 will be announced on November 3 in Munich, Germany.