It appears that the smartwatch trend is declining rapidly as it had arrived. They aren’t as hot as they were in 2015, if current sales figure reports are to be believed. 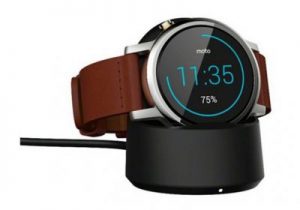 Smartwatch shipments declined by 51.6% year-on-year, according to a new report by market analysts IDC

“The sharp decline in smartwatch shipment volumes reflects the way platforms and vendors are realigning,” noted Ramon Llamas, research manager for IDC’s Wearables team. “Apple revealed a new look and feel to watchOS that did not arrive until the launch of the second generation watch at the end of September. Google’s decision to hold back Android Wear 2.0 has repercussions for its OEM partners as to whether to launch devices before or after the holidays. Samsung’s Gear S3, announced at IFA in September, has yet to be released. Collectively, this left vendors relying on older, aging devices to satisfy customers.”

Currently, the top five companies that take up the lead spots are Apple – whose first-generation Apple watches did good for the company in the year. The second generation of Apple watches didn’t really have time to catch up since it was released fairly recently. But overall, it tops the list of the highest selling smartwatches.

Garmin is hot on the heels of Apple, and has grown by leaps and bounds over the previous quarters. Thanks to its already existing affinity with watches and its focus on health and fitness, it’s been able to catch up with the industry leader and might probably overtake by the next quarter.

Samsung takes the third spot on this list because although its Gear series of watches was one of the few watches that came with cellular connectivity. They are a bit ageing in terms of features however, and have dropped from the top spot since last year. Hopefully, the Gear S3 should turn around things for the company.

Motorola, acquired by Lenovo, didn’t really have a good quarter, although they are in 4th place. The smartwatch maker had only its 360 Sport on offer apart from the first two generations of the 360. They were always known for their take on a more fun, more accessible smartwatch for the masses and with no new release this holiday season as well by the company, seems like Motorola might lose its footing by the end of the year.

Pebble was the pioneer of the smartwatch movement. And since its Kickstarter campaign went successfully well, it’s brought with it a horde of competition by the aforementioned companies. Still relying on Kickstarter’s push, the company has outed three smartwatches so far with numerous variants of it released as well. It was the trend-setter, but it didn’t gain wide popularity as much as its competition.

It’s safe to assume that people aren’t in smartwatches as much as companies assumed they were. With sales being cut by more than half, new models seldom being released when expected and a lack of new features to showcase, we might have reached the end of the line. Then again, there’s still another quarter remaining for companies to pick up the pace. The holiday season is when the most sales targets are achieved anyway, right? These companies better hope for it.