Tribe, the video chatting app has successfully come back after a round of seed funding to secure a closure of $3 million. The app was launched in August of last year and now has more than 500,000 users. It has also launched an updated version of its app with a bunch of new features.. 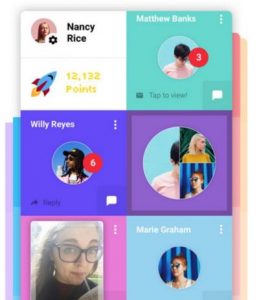 Tribe, launched in early 2016, is a social app for iOS and Android

Now one of the standout features of the new Tribe includes something called “magic words” or otherwise known as augmented messaging. So how it works is, if a conversation includes specific keywords spoken, the app will pick on those keywords and then provide suggestion for the user to consider – like links and online purchasing.

So if anyone in the chat app mentions ‘TV’ or ‘LG’, the app will then show options for e-commerce related links that will lead the user for online marketing. Apart from just online shopping, it will also allow the user to book a Uber, check out a movie/actor’s database or even pull up a page on Wikipedia. This works almost in the same way as Now on tap used to work – by just holding the home button down, Google would be able show suggestions based on the keywords it can scan on the screen in the form of search results.

Essentially, Tribe wants to make it easier for third parties to know how their products and names are being used in personal conversations with people and also give them a way to sell their products to users. The $3 million it has received from funding will be used to further the developments in voice recognition for the app and improve the interface.

Tribe 2.0 now has public and private groups for users, and when it’s muted Google voice recognition does the job of providing subtitles. It’s a very unique and different approach to messaging. Not the most practical way, but it’s useful for marketers.

“The company is going beyond the outdated features of conventional messaging apps by creating the first asynchronous video messaging platform with an emphasis on groups,” Tribe said in a statement today. “Whether it’s with groups of friends, teammates or a long distance relationship, Tribe brings everyday conversations to life with video.”

Apps are slowly becoming more and more intuitive and intelligent, letting users tap into other apps without needing to close what they’re already using. Voice recognition, planning and advertising can now be fully featured in an app on a user’s phone. And these three functions aren’t even the main functions of the app itself.