Zepp has just announced a new sensor that is designed to help soccer players track their skills – meet the Zepp Play Soccer. 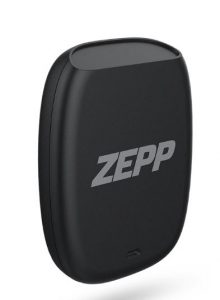 The device will let players track exactly how much they’ve walked the field, what the total distance covered was, the total number of ball kicks and for how much time they ran. That’s a pretty clear way of getting the stats. All this, thanks to a small wearable device.

The device comes with its own leg sleeve that lets users wear it along with the tracker inside. Once it’s on, the user can activate it and monitor what the sensors pick up, thanks to an app. Connectivity comes by way of Bluetooth and is compatible with Android and iOS. Unlike the rest of Zepp’s line of devices, this one doesn’t actually tell the user what they’re supposed to do. All it’s there for is to feed the user with the raw analytical data for consideration.

Zepp does make up for the loss of providing any feedback, by instead letting users compare it with others. There’s a feature which allows multiple sensors to be connected so that players can compare and compete with other players’ stats and skills. There’s also a leader board which lets players know who is leading who. That also means users will get to know who took a shot and who ran more and who didn’t. When it comes to real-world statistics, this could be very useful during professional footballing no? It certainly would help referees and players know exactly the mood and physical condition of the players.

The device also lets users take 10-second recordings of their runs so they can play it and track the movements and changes and alter their game accordingly. The device has been made to last long and comfortably snug inside the sleeve when it’s being used, so it shouldn’t be a problem for most players while they play a full game. Zepp has studied where it would be most comfortable to place the device, and they figured out that the calf would probably make the best spot.

The device is basically just a sensor with a 3-axis accelerometer coupled with a 3-axis gyroscope. It’s got flash storage, as well as a rechargeable lithium ion battery that can last up to 40 hours of game tracking – that’s a lot of matches.

The Zepp Play Soccer will be available for sale at their website, along with leading sports retailers for the price of $100. Is it worth it? Depends on how big a player the user is. But it would sure be great to see the sort of unreal statistics Captain Tsubasa would generate.