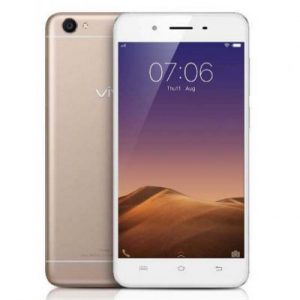 The Vivo Y55L is a device that could attract the photo enthusiasts. With Ultra HD technology, the device takes six consecutive images, enabling the 8MP rear camera to render up to 32MP photos. The rear camera supports manual as well as HDR mode

Y55LL’s Screen Flash function further switches on in dark conditions to give sharp and brighter pictures when taking selfies. The Y55L is the first smartphone from the company to reportedly make use of the selfie flash technology.

Under the hood, the smartphone is powered by Qualcomm Snapdragon 430 processor coupled with 2GB RAM and 16GB storage. The device features a 5.2-inch display with a resolution of 1280 x 720 pixels.

The Vivo Y55L runs Funtouch OS 2.6 based on Android 6.0 Marshmallow. It is also fitted with a 2650mAh battery pack.

Furthermore, the Y55L is equipped with three card slots giving more flexibility. Two of the card slots support 4G and internet speed of up to 150Mbps, while the third slot supports 128GB of external memory.

Connectivity options of the smartphone include dual-SIM, 4G, Bluetooth, Wi-FI, GPS and microUSB.