Acatel’s Pixi series has a new addition in the form of Pixi 4 Plus Power. The device was officially announced on Tuesday, but details on the pricing and availability could not ascertained. 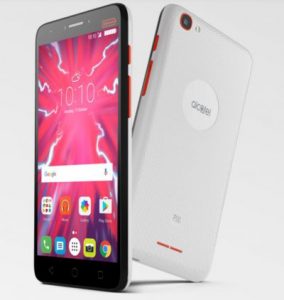 Pixi 4 Plus Power is Alcatel’s entry-level device with a massive battery of 5000mAh (credit: Alcatel)

The Pixi 4 Plus Power does exactly what it is named. The device is equipped with a massive 5000mAh battery that can keep it running an entire day.

Alcatel says the battery can last 2.7 days on standby mode and can run 22 hours WiFi browsing and 14 hours video streaming. And should you run out of juice, Alcatel supports fast charging and even allows to use the battery as a power bank.

The entry-level device has a 5.5-inch display with 720 x 1280 pixel resolution, 1GB of RAM and 8GB of expandable storage. It runs Android 6.0 Marshmallow out of the box. The device is expected to be powered with a MediaTek processor, details on the model is still awaited.

For photo enthusiasts, Pixi 4 Plus Power has a 13MP rear camera and 5MP selfie shooter. Both cameras come with LED flash.

One major drawback with the device is that it does not support LTE connectivity. Users can only look for 3G, WiFi, Bluetooth and Micro USB 2.0.

The color variants include Blue, White, Green, Orange and Black. However, the availability may vary across regions.