The next wave in the tide of one-upmanship between smartphone manufacturers has crashed ashore with the announcement of Qualcomm’s supercharged Snapdragon 821 chipset. Is the speed of the company’s flagship hardware going to change your world? Well, that depends on you, really—more on that later—but for some context, if you paid less than $800 for your laptop, or have a Macbook older than 4 years or so, both of the two phones wearing this processor are faster than it. 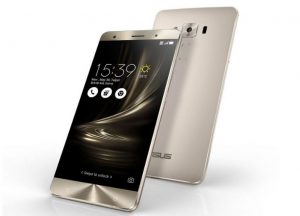 The Asus ZenFone 3 Deluxe was announced back in July, the handset is one of the first smartphones to come with the Snapdragon 821

The first of the two is the Asus Zenfone 3 Deluxe, a reboot of the same phone released in May, when it had the now-archaic Snapdragon 820. With the 821 and 6GB of RAM in the upgraded release, which landed in mainland China yesterday, Asus promises a 10% more capable machine.

The second is from Chinese newcomer to the smartphone game, LeEco, in their unveiling of their Le Pro 3. Naturally, as LeEco hopes to splash it into the market as the world’s premier superphone, it has specs to back up the performance that the inclusion of the Snapdragon 821 suggests.

So how do they stack up?

On paper, there are more and less obvious reasons to prefer one or the other. The differences between the two that will categorically have little to no impact on the average users life include the 23 megapixel (Zenfone) back-mounted camera versus the 16 megapixel (Le Pro) one. Additionally, the 3000mAh battery on the Zenfone against the 4070mAh battery on the Le Pro may seem a large number gap, and will likely see the Le Pro 3 bubbling along an extra hour or so, but these days a charger is never too far away. Otherwise, the specs will suit any normal user pretty much identically, despite the .2 inch size advantage on the Zenfone.

Here’s where the distinctions may start to matter.

The most obvious difference in the two is the design. When comparing them we can throw out words like sleek and premium and seamless because, well, of course. The Zenfone is a skyscraper-like glass and brushed steel affair which, maybe notably, comes in gold. LeEco’s version is creamier and softer, with a rounded back plate, where the Zenfone’s is lipped. Closer inspection of the two reveals more devious exceptions. Where the Zenfone has a standard 3.5mm headphone jack on the top, the Le Pro 3 has decided to tread in Apple’s bold-ish footsteps and do away with it in favor for wireless Type-C earbuds, included. Then there’s the price, of course. The high end model of the Le Pro 3 was announced at $299, where the Zenfone 3 Deluxe is looking at a price tag of $800. So, if you find yourself struggling with the two, at the very least ask yourself which is prettier, what you can afford, and how likely you are to lose one or both earbuds.

If you’re attracted to either or both of these options, consider one more thing about yourself. Both phones will have initial releases in mainland China, and are currently optimized for the culture there. Both run on specially tweaked versions of Android UIs, with heavily modified skins, and process priorities for gaming, watching streaming video, and, indeed, streaming your own video. Naturally, those things are some of the most CPU-intensive things that can be done on a phone, so both should run your day-to-day apps with buttery smoothness, but if it’s an issue, consider whether or not your money will be wasted on overly-buttery usability, or you’ll be making the extra expense back through your Youtube ad revenue.