500px just launched its own photography editing app for mobile called RAW. And photographers really should take advantage of this app.

The 500px is one of the largest communities of photographers online and around the world, with the brand attracting some of the best work and providing jobs to hobbyists and professionals alike. RAW by 500px isn’t just like one of those off-beat photo editing apps – it’s much more than that. 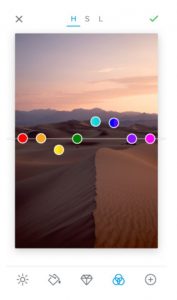 RAW lets users directly connect to the community to search and get assignments for photographers. It’s an entry point for those who are interested in the field and exploring other people’s work from the community. Taking photos, editing and licensing them are also some of the features that the app allows users to do.

Andy Yang, the CEO of 500px had planned this a year ago, having discreetly launched the app to a few clients. And they were very impressed with the app that Yang was convinced enough to launch it publicly. RAW will let users directly upload their photos to the community and participate in the activities performed by 500px. An update for RAW will also arrive, enabling users to be notified of assignments they can partake in.

RAW also lets photographers capture and edit their photos in RAW format, use the powerful in-built editor to change hues, saturation and luminance controls. One thing that stands out in the features list is that it lets users make their own filters. Something that other editors should have implemented in their apps by now.

It’s currently available for download only on iOS. The app has made numerous photographers happy, securing work for them through the community, doing what they love.

“Our partner brands, including Airbnb, Google, and Lonely Planet, have seen tremendous success. We can now direct our 8 million photographers towards any idea or creative brief. We’ve proven photographers fairly,” said Yang.

For those wanting an experience to make quality photographs and community-building, this app will get quite the following. Businesses can also use the community to hire more photographers for assignments.