There’s a reason why Dell’s new panels are called ‘UltraSharp’ and they’re not kidding around. They’ve got a new wide monitor and then an extra wide curved monitor depending on the type of work it’s being used in. The monitors will be sold for the professionals at 30 inches. The 16:10 aspect ratio screens with a resolution of 2560×1600 will cover all the gaps for those digital content creators. 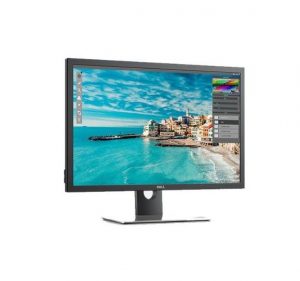 First up is the Dell UltraSharp UP3017 which is a 30-inch display with an IPS panel and can produce 1.07 billion colours. It covers 99% of the Adobe RGB, sRGB and DCI-P3 colour spaces. In simple terms, those are colour interfaces which video editors and hardcore designers work with – for tasks such as high-depth animation and post production work. The Dell UP3017 also lets users calibrate and tweak with the colour settings, thanks to its proprietary colour calibration software.

Apart from the colour, the rest of the features seem like what the run-of-the-mill high-end monitors feature. The usual aspects – 60Hz refresh rate, 350 nits typical brightness, 1000:1 static contrast, 6 ms response time in fast mode, W-LED backlighting and a very convenient 178-degree viewing angle. There’s also an adjustable stand that comes with the screen, allowing users to rotate clockwise and counter-clockwise.

What makes this a really special display from Dell is that apart from the regular bells and whistles one would expect from a professional display, this one adds a bunch of display ports. There are two HDMI 1.4 inputs, one DisplayPort 1.2 input, and one mDP 1.2 input.

If that wasn’t enough, there’s also a DP 1.2 output with MST, to allow linking with another display if that’s the user’s kind of thing. Unlike its predecessor, the new monitor doesn’t support DL DVI-D input and that’s because this is 2016 and modern computing can do away with DL DVI-D.

The features aren’t over yet. It’s got KVM for connecting two PCs, PBP and PiP. It is also equipped with a quad-port USB 3.0 hub that also allow for BC1.2 charging capabilities. This feature packed monitor will come with a modest $1249.99 price tag shipped directly from Dell. As far as workstations go, this display could be the new standard.