Alcatel has launched a series of smartphones, tablets and wearables at the ongoing IFA 2016 in Berlin. 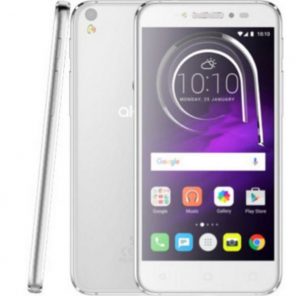 The Alcatel Shine Lite runs on a quad-core 1.3GHz processor and sports a 5-inch IPS HD display and glass metal design. The 4G-enabled phone has 2GB RAM and 16GB internal storage, in addition to connectivity options such as Wi-Fi, Bluetooth and Micro USB.

Curious about the cameras? Shine Lite is equipped with a 13MP rear camera and 5MP front camera, with features such as Gesture Shot and Face Show, Split Catcher, and Easy Shot.

In addition to Shine Lite, we have the XL smartphone that sports a 6-inch display and runs on Android 6.0. Powered by 1.8GHz octa-core MediaTek Helio P10 processor, the device has a 13MP rear camera and 5MP front camera for selfies.

As for tablets, Alcatel unveiled the POP4 that comes with 10-inch Full HD display and is powered by an octa-core Qualcomm Snapdragon 430 processor. The POP4 comes with two displays – 10-inch and 7-inch.

It does not stop with smartphones and tablets, Alcatel also unveiled a series of intuitive wearable and lifestyle devices – Moveband, Movetime WiFi Watch, Move Track & Talk and Movetrack.

While Moveband is the company’s first fitness tracker, the Movetime WiFi Watch allows users to make and receive calls directly from your wrist. Move Track & Talk is designed for children, making it easy for quick calls and messages. And Movetrack is a portable GPS sensor that can be clipped on the belt or outside of a coat.

And for Virtual Reality enthusiasts, there is Alcatel Vision. The VR headset sports two 3.8-inch Amoled screens each with 1920×1080 pixel resolution. It has an octa-core processor and 3GB of RAM.

Alcatel, no doubt, is on a launching spree at this IFA. The company, known for its OneTouch range of Android smartphones, will face stiff competition from the likes of Apple and Samsung.