More than 760,000 shares of Facebook was sold by Chan Zuckerberg Initiative Holdings and CZI Holdings LLC, according to a Forbes report. 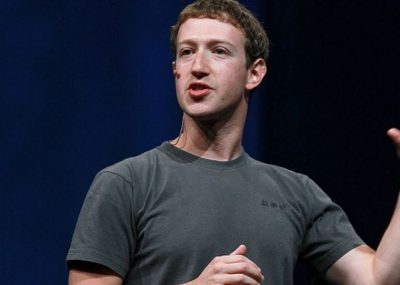 Mark and his wife Priscilla Chan had last year vowed to donate 99 per cent of their shares for charity.

The couple’s philanthropic venture Chan Zuckerberg Initiative will focus on advancing human potential and promoting equality for all children.

Incidentally, the Chan Zuckerberg Initiative is registered as an LLC than a traditional foundation. Clarifying the same, Zuckerberg earlier in a Facebook post said, “This enables us to pursue our mission by funding non-profit organizations, making private investments and participating in policy debates — in each case with the goal of generating a positive impact in areas of great need. ”

“By using an LLC instead of a traditional foundation, we receive no tax benefit from transferring our shares to the Chan Zuckerberg Initiative, but we gain flexibility to execute our mission more effectively,” he added.

Mark and his wife Priscilla plans to give away close to $1 billion worth of stock each year through 2018.