Can Chrome replace your game console? Google’s Project Stream argues it can 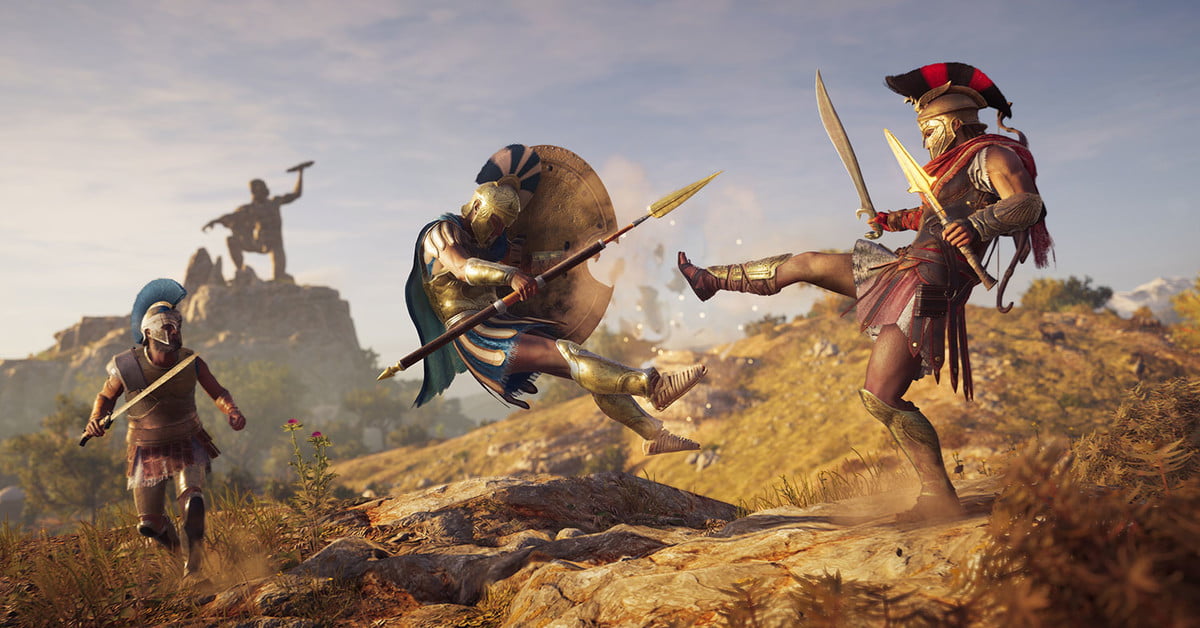 Ok, stop laughing. It sounds like an absurd statement, but this idea is on the minds of thinkers at tech companies worldwide. The drumbeat march of announced or planned game streaming services has left some to wonder if the game console might be obsolete.

Google seems to share this opinion. It just launched a beta of Project Stream, a service that beams games directly to your Chrome web browser. Well, it’s just Assassin’s Creed Odyssey for now, but you can play it for free until January if you’re lucky enough to get in the beta.

Will Project Stream make your PS4 or Xbox obsolete?

As mentioned, Project Stream works in Chrome, and that’s its most attractive feature. There’s a good chance you already use Chrome, and if you do, you don’t need to install anything new. You can launch the service with the click of an in-browser button, and the game’s title screen appears within seconds.

Playing in Chrome also means you can immediately alt-tab out of the game to check a guide or respond to an email. Most PC games allow that, but switching apps can involve a flashing screen and at least a few seconds of start-stop movement when you jump back into the game. No such problems here. Switching away from the game is as easy as minimizing a Chrome window because that’s literally what you’re doing.

Playing Odyssey proved just as smooth as loading it. I tried it on two networks — One was connected over a gigabit internet connection, while the other was a shared office connection that normally hits 100Mbps.  Both exceed the recommended connection speed of 25Mbps.

Not once did we notice even a hint of lag. In fact, the experience felt just as responsive as Odyssey on the PlayStation 4 Pro, which we played just before loading Project Stream. That’s impressive. Especially since a similar streaming service we tried earlier this year, GeForce Now, was not as intuitive. Nvidia’s alternative could be just as smooth, but seemed to require more bandwidth to achieve good results.

What’s gained in speed, is lost in beauty

There’s a price to pay for Project Stream’s responsiveness, however. Assassin’s Creed Odyssey wasn’t all that pleasant to look at.

If these screenshots look blurry, don’t blink. Your eyesight isn’t failing you. Project Stream’s image quality left a lot to be desired. The stream appeared to run at no better than 720p resolution and, to make matters worse, was plagued by artifacts and ghosting. I easily noticed a trail behind Kassandra’s sword as she plunged it into an opponent’s belly.

The result is a visual downgrade that takes Odyssey back a generation. This is what the game would look if an Xbox 360 version was released. Yes, it’s playable, and the game’s strong art direction still stands out, but there’s a massive gulf between the Project Stream experience and a PS4. Google’s streaming quality also trails its competitors by a large margin. GeForce Now needed a better connection to maintain smooth gameplay but, when played over such a connection, it looked almost identical to playing on a high-end PC. The same can’t be said for Project Stream.

That may, in fact, be a calculated move on Google’s part. Perhaps Project Stream could look better. Yet Google seems to be holding it back so it can promise solid performance on a wide range of networks. Google likely intends to roll it out everywhere Chrome is available – including mobile phones and Chromecast media sticks. It’s a different angle than GeForce Now, which instead bills itself as an easier, less expensive way to enjoy PC games with all the details turned on.

Will gamers trade quality for convenience?

Project Stream, even in beta form, does what it says on the tin. It delivers a consistent, smooth gaming experience, all in your Chrome browser. But don’t hold funeral rites for traditional consoles just yet.

Visual quality takes a hit. The problem isn’t just the obvious downgrade. It’s the fact a better experience can be found elsewhere, on console hardware most gamers already own.

Its true this service will let you play the game on a PC that otherwise couldn’t, and the beta’s free access to Odyssey is a great deal. It’s also a limited one. I imagine that once launched, games will be sold at their regular retail price (a subscription service is no doubt planned, but probably won’t happen soon). If you’re going to pay $60 for a new game, you’ll expect the same experience as everyone else. Project Stream can’t deliver that.

Game streaming services could change how we play games. Someday. For now, though, most gamers will stick to their consoles.