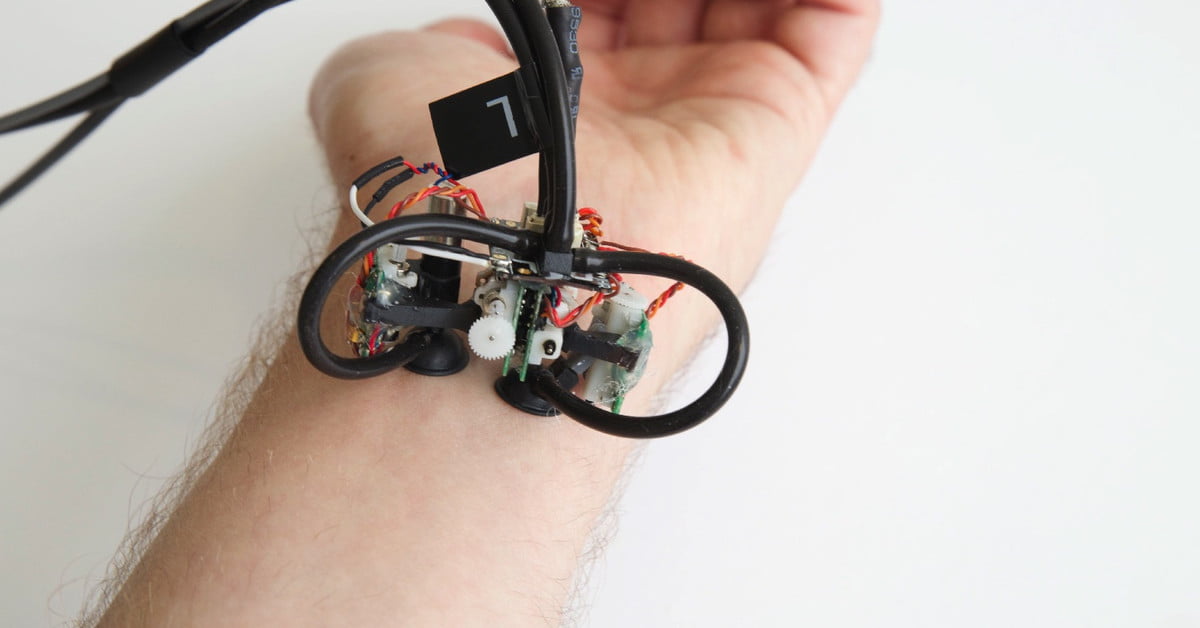 Thanks to smart artificial intelligence assistants like Siri and Alexa, we’re used to having a personal A.I. on hand whenever and wherever we might need it. However, researchers from the Massachusetts Institute of Technology (MIT) Media Lab have been working on the next iteration of this kind of personalized tech: A palm-sized personal robot that is designed to literally crawl over your body. Called Skinbot, it carries out this movement using suction-cup feet that are modeled on the adhesive abilities of leeches or cephalopods.

“The idea is making wearable robots that move around your body, kind of like small robotic companions that help you,” Artem Dementyev, a Ph.D. student in the MIT Media Lab’s Responsive Environments Group, told Digital Trends. “We see this kind of relationships in nature already. The goal is to look at new ways at wearable devices, as not just static devices such as watches. The “epidermal robots” attach directly to the skin using suction cups, kind of like the suction cups for massage. It is the first robot that can climb on the skin. We already have robots that autonomously explore Mars, so why not have robots that can explore ourselves?”

In theory, we guess such robots could function as robo-pets, kind of like the upgraded 2018 equivalent of a parrot on the shoulder. But Dementyev said that a more compelling use case would involve medical applications.

“I see the robots as tiny physicians that you can order on demand in a small box to your house,” he continued. “The robot can have a microscope that looks at the skin. [It] can crawl thoroughly and inspect the skin for signs of cancer or other skin problems, perhaps while you sleep. The robot knows the precise locations and can record changes over time. This would be impossible with current technology, as it would require to look at the skin with a microscope.”

Skinbot could also be used to precisely map the mechanical properties of the body by walking around and physically pushing on the skin to determine how hard it is in various places. In addition, SkinBot’s suction cups have metal rings that can pick up biopotential signals such as heart rate and muscle activity.

Dementyev noted that, currently, the robot is still exploratory and preliminary work, and any commercialization is likely at least half a decade away. To get there, the team needs to solve technical challenges such as removing the wires and making the robot autonomous in order to make it more practical.

A paper describing the work was recently published in the journal Proceedings of the ACM on Interactive, Mobile, Wearable and Ubiquitous Technologies.