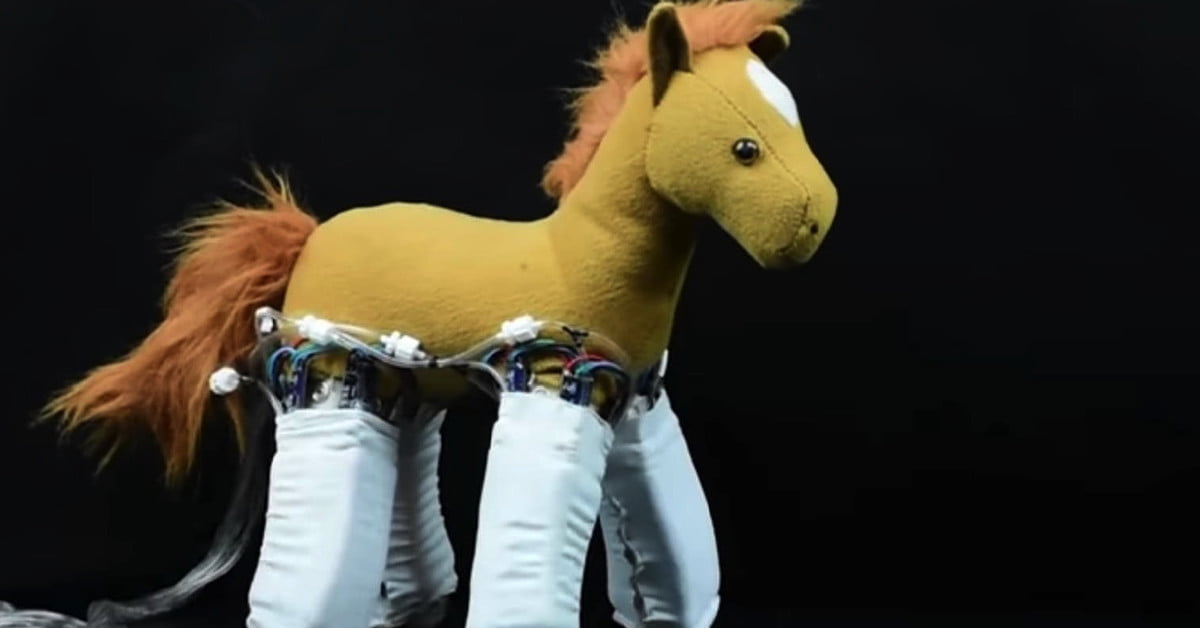 When we think of skin, we picture a thin epidermis that’s designed to protect what’s underneath — whether it be by offering a shield against bacteria, viruses, and other nasty stuff or by allowing us to regulate our temperature through sweating. But what if your skin wasn’t just an outer layer of smart protection, but actually the organ that dictates and drive your body’s movement? That, in essence, is the conceptual basis for a new project from Yale researchers — only instead of tissue-based organic skin, they’ve developed a robot skin capable of turning inanimate objects, such as toys, into functioning robots.

The skins are made out of elastic sheets embedded with a variety of sensors and actuators. When they are wrapped around a deformable object, however, the skin is capable of making it move by animating the legs of a stuffed animal or causing a foam tube to flex, for example.

“We can take the skins and wrap them around one object to perform a task — locomotion, for example — and then take them off and put them on a different object to perform a different task, such as grasping and moving an object,” Rebecca Kramer-Bottiglio, lead researcher on the project, said in a statement. “We can then take those same skins off that object and put them on a shirt to make an active wearable device.”

This ability to use the skin on a variety of different objects is what makes the project so exciting. Rather than having to create multiple robots, the technology could make it possible to use the same robot skin to add motion to a wide range of otherwise motionless items. Using multiple skins makes it possible to create more complex movements — such as bending and compression at the same time.

Prototypes created by the team so far include foam cylinders able to crawl on the ground, a robot gripper that can grasp and move objects, and a shirt wearable that can help correct bad posture. Next up, the lab is set to examine the possibility of 3D printing these components.