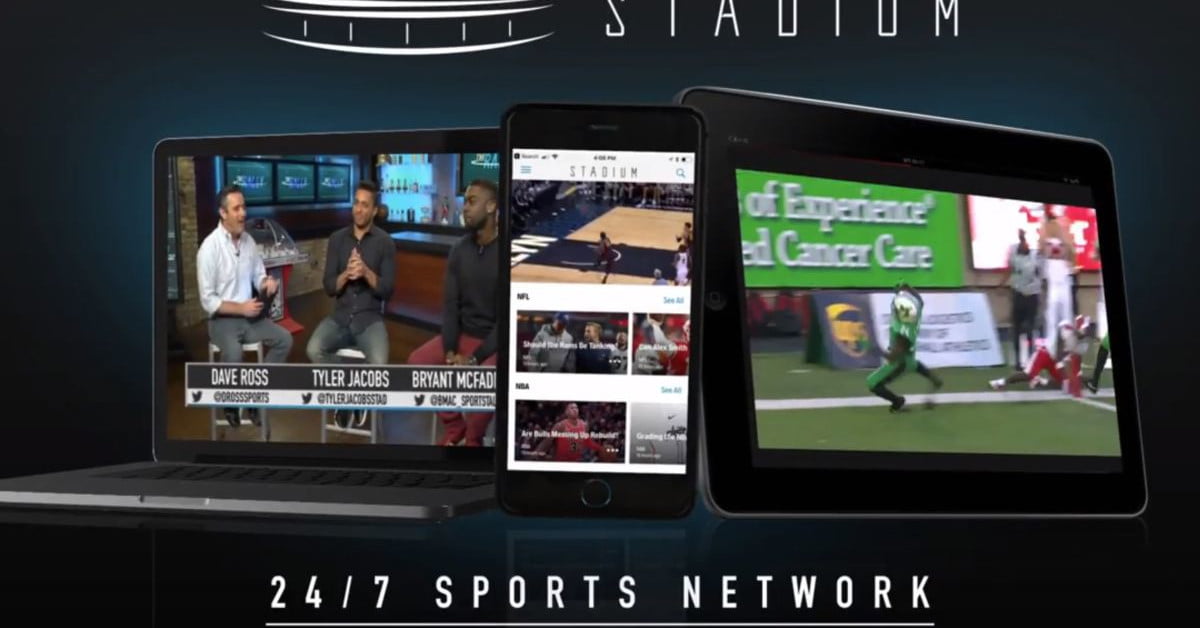 Although Twitch is primarily known as an outlet for esports, a new channel seeks to expand its reach into traditional sports including live games, highlights, and original programming.

Stadium, which launched in 2017, provides live and on-demand games for multiple online platforms. It’s owned by a conglomerate of entertainment and sports enterprises including Sinclair Broadcast Group, the NHL, and the PGA Tour.

Twitch will already be the home to 11 Thursday Night Football games for the 2018 season. After Fox was awarded the broadcasting contract in a deal worth more than $3 billion, the NFL renewed its deal with Amazon for two more years to broadcast the games online to its 100 million Prime video members.

According to Variety, the streaming deal was for anywhere from $50 to $65 million. The inclusion of Twitch was a new addition — the service will live-stream the TNF games free for everyone on the platform, whether they have a Prime membership or not. Amazon has said the broadcasts will include “enhanced viewing experiences” for Twitch watchers.

The new partnership with Stadium means Twitch will increase their offerings with more than 250 live games and events.

“As Twitch continues to expand into adjacent areas of interest surfaced from our community of gamers, physical sports are gaining traction,” said Jane Weedon of Twitch in an announcement. “Stadium effectively taps into this passion with its broad range of programming from football and basketball to competitive Frisbee, ensuring sports fans have a lot of variety to tune into 24/7.”

Running alongside the main feed will be Twitch Stadium 2, a co-streaming channel featuring commentary and analysis various Stadium and Twitch personalities. The NBA G League broadcasts on Twitch also use a co-streaming broadcast.

“We continue to focus our strategy on reaching fans on whatever platform they consume sports content and are excited to introduce Stadium to the millions of active and engaged viewers on Twitch,” said Brendan Canning of Stadium. “We look forward to tapping into a new, growing audience of fans and bringing an array of top tier games and daily and original sports programming to Twitch.”

This is the second 24/7 sports channel on Twitch after the debut of Eleven Sports in March. The channel is free to U.S. users, although Eleven Prime subscribers who pay $5 a month can get some extras, including ad-free broadcasts.